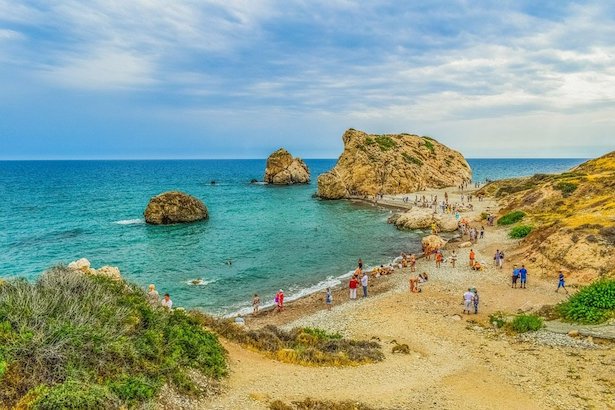 A slew of bookings for the island and other destinations were reported in the wake of UK Prime Minister Boris Johnson’s road map to exit lockdown and ease coronavirus restrictions on Monday evening.

Reuters reported easyJet saying flight bookings from Britain jumped over 300% and holiday bookings surged by more than 600% week on week after the government indicated that travel could restart from mid-May. Holiday company TUI UK said that its bookings surged 500%, while holiday and budget airline group Jet2 said its bookings were up 600%.

Bookings flooded in on Monday evening and Tuesday despite ongoing uncertainty over exactly how and when international routes can reopen.

The British relaxations were particularly good news for Paphos hoteliers who are reliant on tourism from the UK, which remains the island’s main market.

“The prime minster’s announcement is at last a light in all of this darkness and the news was welcomed by UK airlines and tour operators,” said spokesman and secretary of Paphos hoteliers’ organization Pasyxe Euripides Loizides.

“In the UK market there is a massive increase in bookings on the reservation system and we are seeing bookings coming in here in Cyprus, at my hotel they are mainly for June and onwards, when for months there has been almost zero,” he told the Cyprus Mail.

Hoteliers in Cyprus are hoping for this interest to translate into real arrivals this summer, Pasyxe Director General Philokarpos Roussounides said. “The news that Cyprus is at the top of British people’s minds for their holidays this summer is a very positive note in what is a difficult moment for tourism now.”

Bookings surging for all sorts of destinations, including Cyprus, Spain, Portugal, Greece and Turkey, Loizides said.

EasyJet revealed a 337% surge in flight bookings and a 630% increase in holiday bookings, Tui announced it was a good day for bookings too, seeing a growth of 500% while Thomas Cook witnessed a 100% surge on website traffic, and was inundated with bookings for countries such as Cyprus, Greece, Mexico and the Dominican Republic.

“The government’s announcement today is good news for those of us desperate to get away on holiday,” said Thomas Cook chief executive Alan French.

“While we await more details, it’s clear that the government’s ambition is to open up international travel in the coming months and hopefully in time for the summer holidays.”

However, May will most probably be a ‘borderline’ month for Cyprus, as half of it will be ‘lost’ as flights may not resume from many destinations until then, Loizides said, adding that it would become clear on April 12 when the UK government publishes a travel review.

The resumption of the tourist industry is possible this year but getting underway at a slow pace, head of the Paphos regional board of tourism Nasos Hadjigeorgiou told the Cyprus Mail.

Initially, in March and early April, it is hoped that tourism would resume mainly with the domestic market and with the possibility of visitors from Israel, he said. “We cannot predict with certainty what will happen, and we are anxiously waiting and watching the developments, both in Cyprus and around the world.”

There are many pieces still to fit into place for tourism in Cyprus to re-start, including the epidemiological picture of both source markets and in Cyprus, the numbers of vaccinated, both in Cyprus and other countries and the final flight programmes of airlines and tour operators, he added.

“We also need to know the reopening dates of hotels, restaurants, the resumption of activities and the reopening protocols that will be required.”

Hotels are waiting to see what easing of measures the Cyprus government will announce this week for March to see how to proceed Almyra hotel manager Radu Mitroi told the Cyprus Mail.

“Firstly, we need people living in Cyprus to be permitted to stay at hotels here and then see other main markets such as Israel and Russia for March. Germany and the UK will be a little further down the line. We also need to see which categories the government will place each country in for travel requirements into Cyprus.”

The German market in Cyprus may also be given a boost as German airline Condor is preparing to launch its 2021 summer programme on May 3, with direct flights from four German airports – Frankfurt, Düsseldorf, Munich and Zurich – to Larnaca.

Industry professionals are also keen for the vaccination programme to speed up in Cyprus to improve the chances for a recovery.

“We also have to be in good shape and to be safe for people coming here. It should be easy to vaccinate a population of 800,000, we are not millions. People are even willing to pay for a vaccine,” Lozides said.

“We are going to have to learn to live with this virus, safely, until vaccines are even better than now. We can’t lockdown again this would be terrible for the country,” Loizides concluded.