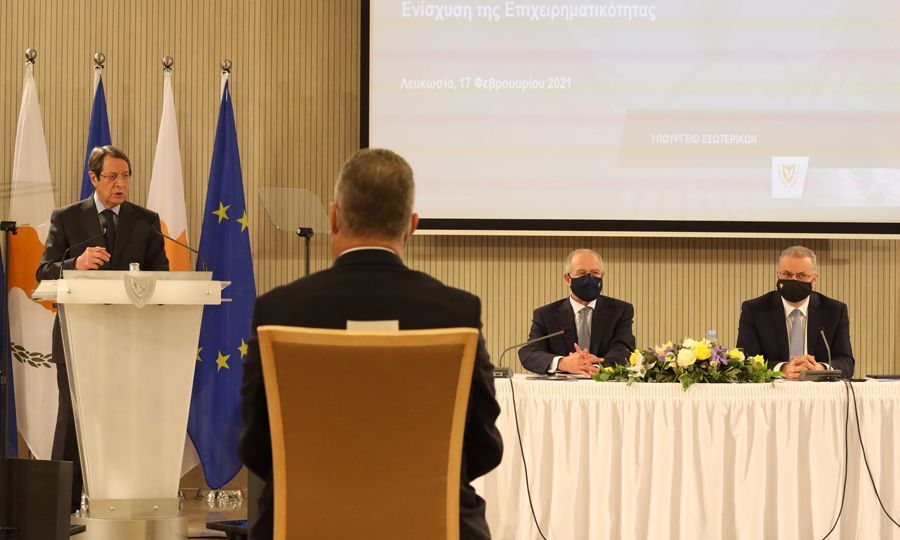 New housing schemes and incentives with an emphasis on rural areas and young people were announced on Wednesday by the government.

The schemes, which were approved earlier by the Cabinet, aim at further supporting the economy and entrepreneurship.

The new plans were unveiled in detail at a press conference at the Presidential Palace by the Interior Minister Nikos Nouris. In his speech President Nicos Anastasiades said that the government wants to turn the rural and less privileged areas into attractive places to reside and do business. He added that the aim is for young families to choose these areas for their permanent residence and for investors and entrepreneurs to come here and start a business.

The schemes give incentives for accommodation from which an additional number of communities will be benefited and offer unique business opportunities. In his speech the President also referred to plans that are already in force such as the new strategy for the Troodos Mountain Communities with a total of 250 actions and implementation by 2030. The strategy’s budget amounts to 250 million euro.

He also referred to local projects with the aim to boost the health, education, social care services and cultural sectors such as the upgrade of the Kyperounta Hospital, the setup of health centers in a number of communities and villages, the upgrade of care homes and day care centers and other facilities which improve the quality of life of the citizens.

The budget allocated in the period 2014-2020 for the implementation of the above policies amounted to 62 million euro, while in the period 2021-2022 it will amount to 21 million. President Anastasiades also referred to the projects in the tourist sector which aim at promoting these areas as an attractive destination as well as to project that improve the road network.

Interior Minister Nicos Nouris said that the housing schemes aim at citizens who wish to have a permanent residence in rural areas. This scheme was first put into effect in 2019 and so far 226 applicants have benefited with a total cost of €6.5 million. Now the scheme will include 130 additional communities to reach 258 in total. The financial assistance is up to €55,000.

A second housing scheme aims at particular rural areas and as the Minister said a total of 128 communities are expected to benefit. The financial assistance for a four member family is up to €20,000. Applications could be filed from March 1st until December 31st 2021.

The government also announced allowances of €400 up to €600 to families permanently residing at least 40 km from the city center. Applicants can hand in their applications starting April 2nd.

The minister also unveiled two new schemes for small and medium enterprises with the aim to boost their financial activities.