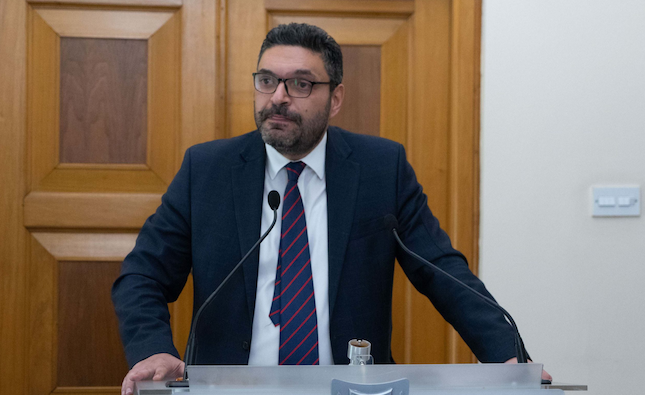 The government wants to lower the VAT on household electricity bills from 19% to 9% for the next three months, with the Finance Ministry consulting with Brussels on its intention.

The decision was announced by Finance Minister Constantinos Petrides, who said the move comes in response to the calls made by the Parliament for further support to households amid an electricity price hike.

He said the increase in the price of electricity is a global phenomenon, which burdens international economies and especially vulnerable citizens.

“We think the measure is in line with the European Commission’s toolbox and recommendations to tackle the rise in prices, which refer to the adoption of temporary and targeted measures that will prevent the danger of energy poverty and will not affect the market,” Petrides said.

He urged MPs to avoid tabling proposals that have a huge impact on public finances, especially when they affect state revenues and expenditures permanently and without being targeted.

Petrides aimed his comments at opposition parties pushing for legislation that will slash VAT to 9% across the board.

“I believe we all agree that protection of public finances must be everyone’s primary objective, since, as it was proven during the pandemic crisis, the state’s revenues are the only resource to support vulnerable groups at the time of crisis.

“These revenues and sound financial management have allowed the government to increase social protection spending by 18% in 2020, compared to 2019, which is the third-largest increase in the EU, according to recent EU figures.”

Petrides noted that reducing VAT to 9% is over and above a recent decision by the Electricity Authority of Cyprus (EAC) to cut bills by 10% across the board until February and reduce VAT on bills to vulnerable groups to 5% for six months.

The VAT reduction to 5% would benefit around 34,000 households.

However, due to the rising prices of fossil fuels, the 10% discount offered by the EAC will essentially be wiped out.

According to EAC’s estimates, businesses and households will be paying 10% more in November than October, as the increase in the cost of energy reaches 20%.

The minister said the temporary measures aim to alleviate the pressure caused by the rise of electricity costs.

“As part of the green transition, what we should be aiming at is saving energy and cutting dependence on fossil fuels”.

He added that a Green Tax reform to be introduced soon would only increase the price of energy produced with fossil fuel even higher.

Petrides called on the public to take advantage of state support schemes to support households and businesses to become greener.