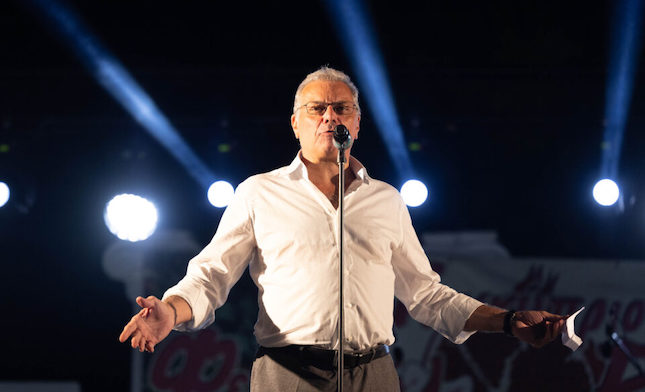 ‘Government has raised the bar for development of rural areas’

The government has set the bar high for the revitalisation of rural areas, to attract both residents and businesses to these areas, Interior Minister Nicos Nouris said on Saturday night.

“As the government of Nicos Anastasiades, we have created auspicious conditions that will allow for the wellbeing of inhabitants, development through projects and infrastructure, the attraction of residents, but also the professional activity,” he said speaking at the eighth Pomegranate Festival in Ormidia, he said

He said special emphasis is given by his ministry to generous plans for the provision of financial support for housing with the aim of reducing urbanisation, which continues to afflict rural communities.

Since July 2019, through these schemes, a total of 780 applications have been approved, corresponding to an amount of €28 million, which also reflects interest of citizens in these plans, especially in the Larnaca and Famagusta.

The community of Ormidia has seen three applications approved for the amount of €45,000.

He went on to say that in the 2022 budget, funding for these housing plans has tripled to €15 millions, showing the focus on the vision for the revitalisation of these areas. The plans also have revised criteria to make them more attractive.

“I should also mention that for the three-year period 2022-2024 the amount in the budget of our ministry for projects in rural and mountain communities is increased by €125 million compared to the previous three years, with the aim of sustainable development and improvement of the quality of life of the inhabitants there,” he added.

He also referred to local government reform, which the people of rural areas can expect to benefit from as of 2024 with “more developed and quality local communities”.

For the communities, 30 local service clusters are being created, with the goal of providing better services. Ormidia will be merged with Xylofagou and Xylotympou.

As for the pomegranate, he said, it is known to be associated with Greek antiquity and mythology, and occupies an important place in multiple aspects of the life of our country, since it is symbolically linked to our social and religious tradition.

“The pomegranate tree has been on the sidelines for years. After a long period of lethargy, it began to be systematically cultivated in recent years, since its nutritional and therapeutic value began to be widely recognised,” Nouris said.