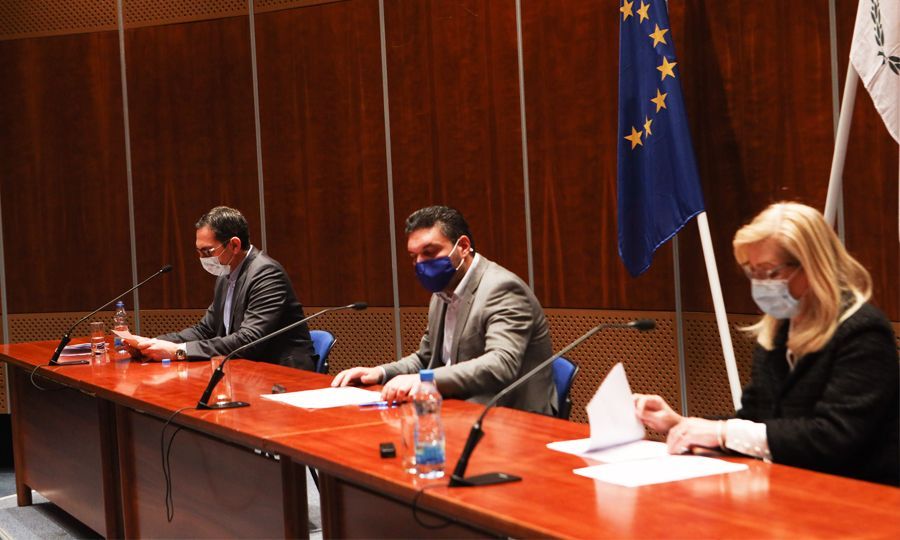 Finance Minister Constantinos Petrides said this was the biggest assistance package to date, which aimed at propping up an economy facing its worst crisis since the 1974 Turkish invasion.

“The government is here to support the real economy,” Petrides told a news conference held together with Labour Minister Zeta Emilianides.

The direct assistance to businesses and self-employed affected by the pandemic measures provides for cash payments between €1,000 and €300,000 to be used for operating expenses. The payment will be calculated on the basis of turnover and reduction in business.

The allocated amount is €200m and it is expected that around 30,000 businesses will be taking part. It will also cover businesses that opened in 2020, whose grant will be calculated on the basis of the average turnover in their sector.

To be eligible, businesses must have their permanent base in Cyprus, have their VAT settled, and will re-open inside 2021.

Petrides also announced a scheme for self-employed who are not registered with the VAT and the value of their taxable transactions is less than €15,600 per year.

Those eligible will receive an additional subsidy equal to 50 per cent of the monthly allowance received from the labour ministry. The procedure will be announced later this month.

The government also announced an extension of the moratorium on loan repayment for certain categories.

“The temporary protection of targeted categories of borrowers is necessary to provide breathing space to citizens and small and medium businesses with a mortgaged primary residence whose operation will cease under the new health ministry decrees,” Petrides said.

The scheme will be in effect for six months, between January 1 and June 30. Applications will be submitted until the end of the month and will be retroactive.

The new decree includes credit facilities with delays of under 30 days on December 31, 2020.

Loans signed after March 2020 are not covered. Eligible parties are individuals and small and medium businesses with mortgaged primary residences worth up to €350,000.

Also eligible are business loans taken by companies and self-employed whose operations have been suspended, and loans by companies in the hotel sector.

People who applied for the previous scheme but have not completed nine months will be allowed to apply again to cover the remaining period.

The minister also announced that for January and February, businesses whose operations are entirely or partially suspended will be allowed to pay 30% of the rent to their landlords. The balance must be settled by February 2022.

Those renting from the state will not have to pay rent for January and February.

The government also extended a tax break scheme for owners who voluntarily reduce their tenant’s rent between January and March.

If the landlord reduces the rent for six months, they are entitled to a discount equal to 50% of the discount. To be eligible for the tax break, the reduction in rent must be between 30% and 50%.

Landlords will also be afforded a reduction in their defence contribution, the minister said.

A scheme to subsidise housing loan interest rates has also been extended for six months.