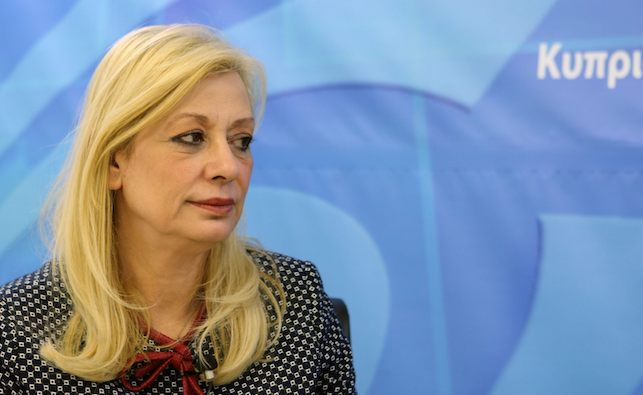 Government set to introduce measures to encourage people to have families

The government is planning to roll out a series of actions aimed at reconciling work and family life to improve birth rates, Labour Minister Zeta Emilianidou said on Tuesday, stressing that handouts would not solve the problem.

“Studies we have carried out showed that the main problem is reconciling family and professional life,” Emilianidou told reporters after a meeting of the ad hoc House committee on demographics.

The fertility rate in Cyprus – total births per woman – was 1.3 in 2019 with a downward trend, one of the lowest in the EU.

The last time Cyprus’ fertility rate was at the replacement level of 2.1 (children per woman) was 26 years ago, in 1995.

Emilianidou said the government has included funds in the Recovery and Resilience Scheme (RRS) earmarked for the creation of 35 nurseries in communities, subsidising baby food in the nurseries based on income criteria, raising maternity leave to five from four months for a second child, and six for a third or any child thereafter.

The minister said a bill was also in the pipeline providing for two months paid leave for both parents.

Emilianidou said the government did not plan to raise allowances at this stage.

“I believe the existing allowances are satisfactory at this stage,” she said. “I don’t believe low birth rates is a handout issue.”

The minister said what was needed were nurseries and day schools, so that work will not act as a disincentive.

“What we are trying is not to get people trapped in allowance policies. Some of the allowances, for example, minimum guaranteed income (GMI), are a transition period until someone is able and available to find work,” she said.

About 90% of GMI beneficiaries concern people with handicaps or the elderly, she added.

MPs heard that the demographic issue is under the remit of the national agency for demographic and family policy, chaired by the labour minister and the participation of the ministries of education, finance, and labour, family organisations and pensioners.

According to the welfare minister, 25% of state subsidies go towards supporting families and children.

The RRS also includes €15 million for the creation of multipurpose centres and care centres for children based on real needs, Anthousi said.

The government currently subsidises 60 programmes at nursery stations with €1.6 million and after school activities with another €1 million, she added.