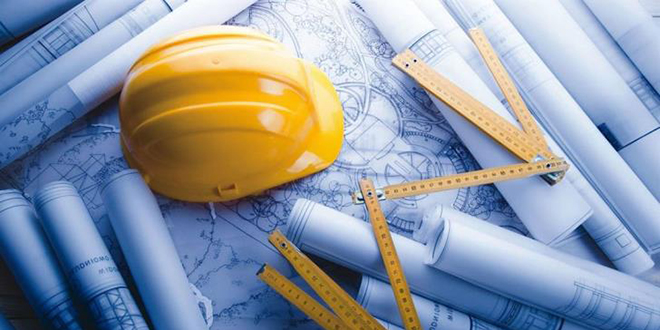 Greek company NBG PANGAEA will become the owner of 21 large commercial properties on the island after a deal with Bank of Cyprus to buy a Real Estate Investment Fund established by the bank.

According to Bank of Cyprus sources, the deal is expected to be finalised at the end of Q1 2019 with a price tag of €149 million.

According to reports, the 21 buildings are expected to bring in revenues of €96 million by 2028 for their new owner.

PANGAEA will essentially take over Cyreit Variable Investment Company PLC purchasing 100% of the management shares and 88.2% of the investment shares.

Once the deal is completed, PANGAEA will acquire some of the most well-known, and in some cases, emblematic real estate properties in Cyprus, which will bring significant rental income.

Among properties to be transferred to the Greek firm is the building currently hosting the Ministry of Education, Nicosia’s Shacolas Tower, currently rented out to H&M, the Debenhams Apollo commercial centre in Limassol, Leroy Merlin in Nicosia and the building that hosts the pop-up casino in Zakaki Limassol.

The 21 properties currently under Cyreit ownership, pending completion of the deal, were obtained through debt-to-assets swap deals with defaulted borrowers.

BoC’s REIT has contributed to cash flowing into the real estate market, by acquiring large properties which were stuck on the shelf as local and foreign investors were not able to pay the high price tag on them.

BoC was not the only institution who saw potential in the Cyprus real estate market for large properties that were undervalued due to the financial crisis.

Investment fund industry sources told the Financial Mirror that a number of foreign institutional investors are eyeing prime properties in Cyprus, especially from the Middle East.

“While there are a number of REITs eyeing large properties in Cyprus, a number of local and foreign investment funds, whether in the pipeline or active, are also interested in investing partially in properties,” said the source.

One such fund actively investing in larger properties is Mouflon Real Estate Investment Fund Ltd, incorporated in January 2017 as an umbrella fund under the Alternative Investment Fund (AIF).

After its initial success with its first component Mouflon I, the Lebanese-Cypriot managed real estate fund is preparing to launch a set of new funds.

The company is set to close its second component in the series while preparing Mouflon III, IV and brainstorming for the creation of Mouflon V and VI.

After raising €16 million for its first instrument, Mouflon I, closed in 2017, the fund proceeded with accumulating commercial and residential properties, offering a rental yield.

Addressing mostly overseas investors, primarily from non-EU countries such as Lebanon, the company is now ready to close its second compartment Mouflon II, which has, to date, raised close to €10 million. Mouflon II’s investment strategy is similar to the first component of the series, also offering a rental yield of around 7%.

Just like the first component in the series, Mouflon II aims to buy prime assets while avoiding distressed properties from banks that are trying to offload their mortgage-backed non-performing loans.

“During that period the fund will offer rental yields of 6.5-7%. After the five and four-year period, respectively, the Fund managers have the obligation to sell off the property bought returning investors their initial capital plus profit made on the sale,” said co-founder of the Mouflon fund George Mouskides.

He said that although the funds never looked to distressed properties, they did benefit from opportunities created by the crisis as there were property owners who wanted to deleverage their exposure.

With a similar structure, the two fund components are part of an umbrella fund, regulated under the securities watchdog’s Alternative Investment Fund (AIF) Law of 2014.

He added that although the fund will be looking to attract investors in the region of €500,000 to €1million, the minimum investment is set at €125,000.

Explaining that similar to the government’s citizenship and residency schemes for buying new properties, AIFs require a minimum €2 million investment, plus a residential property or apartment worth at least €500,000.

A number of foreign investors, mainly from the Middle East have exhibited interest in the funds not only because of the Citizenship for Investment scheme but also because the funds have a good yield and return on their initial capital.

Encouraged by the performance of Mouflon I and the prospects of Mouflon II, the fund management team is drawing up the third and fourth components of the umbrella fund.

“Mouflon III is to invest in student dormitory projects, while Mouflon IV will invest in development projects such as apartments. But this time around we are planning to reverse the fund-raising process. Instead of going to the investors first to ask them to invest first, we will go with a ready-built portfolio made up from specific projects and ask investors to invest in it,” said Mouskides.

With Mouflon III and IV also being closed-end funds offered to big investors, Mouflon V and VI will have a different philosophy altogether.

“V and VI will be open to smaller investors with a minimum of around €50,000. These funds will not invest in Cyprus but will prefer to invest in properties in Germany and post-Brexit Britain,” said Mouskides.

Commenting on the effect Real Estate Investment Funds have on the Cyprus property sector, Mouskides said that at the moment, existing funds are limited in number, with most of them having access to limited funds.

“At the moment there are still relatively small to have any real impact, but it is already helping liquidity entering the market by buying larger properties which otherwise would not be sold, bringing liquidity to the market.”

Mouflon’s co-founder added that the authorities should step in to attract institutional investors, stressing that these funds will bring more liquidity to the market and into the real economy.

Dr Samir Nasr, a co-executive director of the company said that the structure of Real Estate Funds “will help move away from the traditional model of having wealthy families or private developers directly owning large numbers of assets, and therefore concentrating risks, to a more modern framework whereby a much broader range of investors can enter the market, directly benefiting the sector as well as the overall economy”.