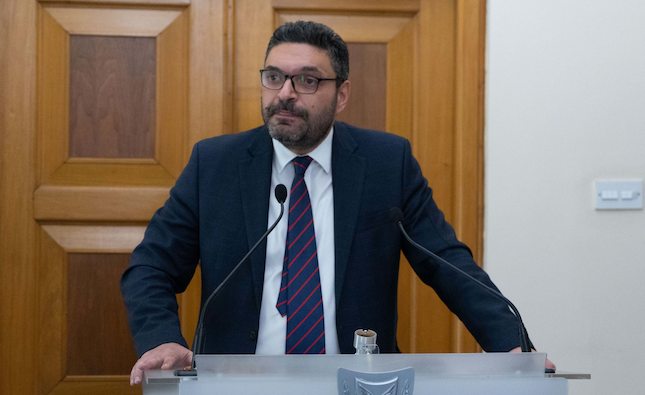 In his speech at the Digital Agenda Summit held Wednesday in Nicosia, the minister referred to the Cyprus Recovery and Resilience Plan (RRP) of €1.2 billion, which is expected to mobilise more than €1 billion of private funds.

He said RRP’s goal was to strengthen the economy’s resilience and potential for socially and environmentally sustainable long-term growth and welfare.

“The Cypriot plan forms part of an unprecedented coordinated EU response to the COVID-19 crisis, to address common European challenges by embracing the green and digital transitions, to strengthen economic and social resilience and the cohesion of the Single Market.”

He noted that 415 of the Plan’s reforms and investments support climate objectives, and 23% promote digital objectives.

Petrides said the European Commission considers Cyprus’ RRP contributes to addressing challenges of the Cypriot economy regarding competitiveness, productivity and the need to diversify the growth model.

According to the Commission’s baseline scenario, the Plan leads to a cumulative increase in GDP of 9.1% by 2026.

In the low productivity scenario, a cumulative increase in GDP of around 5.9% is expected.

According to the economic impact assessment by the Economic Research Centre of the University of Cyprus, the RRP can lead to a cumulative economic growth of 7% GDP in the medium-term (2022-2026).