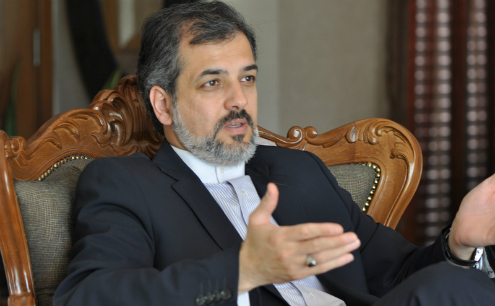 Cyprus and Iran could co-operate on gas

Cyprus and Iran have had their ups and downs in recent times but this month’s election of a new Iranian President has opened the door to the redefining of Iran’s relations not just with Cyprus but the EU bloc, raising prospects of natural gas collaboration, Iran’s Ambassador to Nicosia said yesterday.

“We have a lot of experience, know-how and investment in oil and gas. We are the world’s second gas producer, and have the second largest gas reserve in the world. So we can have very good cooperation (with Cyprus), not only to produce gas but also to make Cyprus a country which can be considered as a gate for exporting gas to Europe,” said Ali Akbar Rezaei. “But it depends to a large extent on the future of our relations with the EU. If there is a breakthrough in relations, which I am very hopeful to see happen after the recent election in Iran, then the possibilities are there and we can expand our cooperation in oil and gas with Cyprus to a large extent,” he added.

The Iranian diplomat spoke to the Cyprus Mail yesterday about the June 14 election as president of Hasan Rouhani, Iran’s chief nuclear negotiator from 2003 to 2005, and considered a moderate when viewed next to the outgoing Mahmoud Ahmadinejad. Rouhani was considered somewhat of an outsider in the election race, given the more hardline candidates competing for the post. However, an impressive 72.2 per cent of the Iranian electorate turned up for the vote, securing a first round victory for Rouhani with 50.7 per cent of the vote. The former nuclear negotiator’s success was considered more of a surprise given that before the election he argued in favour of direct talks with archenemy the US in nuclear talks, something previously considered a taboo among the Iranian leadership.

Rezaei highlighted that Rouhani’s election should encourage the international community, including EU countries, to “reset and redefine” its relations with Iran, leading to more stability and prosperity in the volatile region east of Cyprus. “The Iranian nation has vehemently expressed its stance to promote relations with other nations in accordance with mutual respect and fairness,” he said. “As far as our relation with Cyprus is concerned, Cyprus is considered as an important country with a face to the region and a face to Europe and the European Union. In this sense, Cyprus is at a delicate crossroad which makes it worthy of further attention,” he added

He acknowledged that relations have not always been smooth. The confiscation of Iranian munitions headed for Syria, resulting in the Mari explosion and death of 13 people in 2011 a case in point. “We have had obviously ups and downs in our bilateral relations with Cyprus in the past but it is important that we always try to manage the situation to make sure our relations are based on mutual respect and interest and on a friendly basis as much as possible,” he said, adding, “Through self-restraint, during the hard times, we want to pass the impediments and open new chapters with this lovely island.”

Asked to comment on Tehran recalling him to the Iranian capital last month after an Iranian national was extradited from Cyprus to the United States on suspicion of violating UN arms sanctions, he said: “That incident unfortunately was a trap which was put by American agents. We raised our complaints about the way this case was handled to Cypriot officials and we think the case could have been handled differently.” According to Rezaei, Cypriot officials were not happy either to see the incident take place in Cyprus and said they would raise the issue to prevent any similar case happening in the future. “Although we are not happy about the incident, we want to go beyond that and to explore areas of more cooperation in every field with Cyprus,” he said, referring to interest in expanding bilateral cooperation and consultation in political, economic, educational and cultural fields. “We shall try to promote such relations further and remove impediments on the way,” he said.