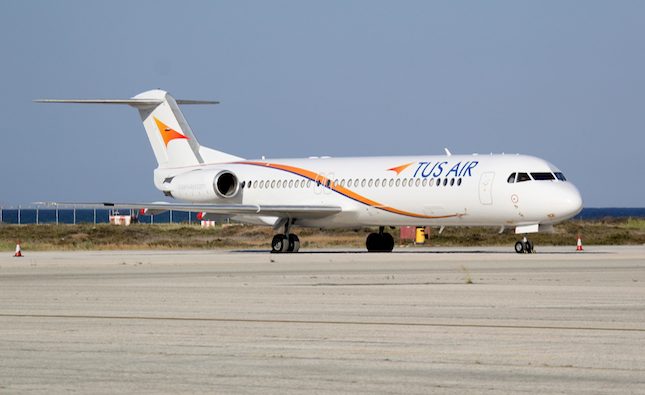 Israel’s Global Knafaim said Thursday it bought a 49.9% stake in the small Cypriot airline Tus Airways with a $5 million investment.

The El Al shareholder said it signed a letter of intent covering the acquisition with US entrepreneur Kenneth Woolley, the sole shareholder of the carrier.

Under the agreement, Knafaim, through its Global Knafaim Leasing subsidiary, will invest $5 million while Woolley, who owns the small, rebranded Eastern Airlines, will stake $4 million.

New shares will be issued and allotted, giving Woolley 50.1% of the operator, with Global Knafaim Leasing holding the balance.

The agreement is also linked to the possible lease of Airbus A330s.

It said, in addition to a “concrete business opportunity” seen in Tus Airways’ airline operations, the agreement will provide an increase in “operational flexibility”, including a potential platform for its non-leased aircraft.

It will begin flying in Europe this summer and is considering buying Airbus A330 planes suitable for longer flights.

Knafaim said customary approvals for the acquisition are still required, and there is “no certainty” that the transaction will be finalised.

As a condition of the deal, Tus will have no external debt except for normal business liabilities when the agreement is completed, around the end of July.

Global Knafaim is a unit of Knafaim Holdings, which remains a shareholder in El Al, the Israeli flag carrier, with a stake of about 10.5%. (agencies)