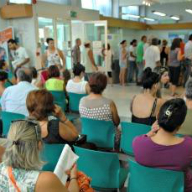 With the September 2015 unemployment figures showing the first real drop since March 2013, recruitment experts say that interest is growing in all areas, albeit slowly in some, but the forex trading and financial services sectors seemingly driving the new momentum.

The government statistics office Cystat said that the number of registered unemployed fell to 38,365 in September, recording a monthly drop of 6.4% and -11% year-on-year, while the seasonally adjusted figure for unemployed fell 1.5% and an annual 10%.

The lion’s share of jobless figures is still in the construction sector, followed by the retail and commercial sector, manufacturing, financial services and education. However, analysts suggest these figures may be skewed as the retail sector has the highest turnover rate oflayoffs and re-hirings, spurred by the government’s incentives for unemployed graduates eager to gain work experience. On the other hand, seasonal jobs, such as in the hotel and catering sectors, are affected as tourism figures go down, while the education sector will smooth out once final placements are made in public and private schools that re-opened in September.

On the other hand, the chief executives of three major recruitment firms suggest that despite the news of forex companies collapsing under the burden of losses from the Chinese and Russian markets, others are hiring.

“The environment and infrastructure of Cyprus for these brokers remains positive even if the view is that regulator CySEC is getting stricter, while the binary sector, too, is booming. Many of the licensed binary companies have built call centres in Cyprus,” said Donna Stephenson, co-founder of Limassol-based Global Recruitment Solutions (GRS Group) www.grsrecruitment.com.

She suggests that new areas, primarily in the services sectors are compensating for the lack of significant movement in the energy sector, that will only kick off once the major oil and gas finds in Egyptian shores have been evaluated and exploration companies determine their next moves in Cyprus waters.

“We have seen an increase in the demand for hires from clients and intermediaries as a result of the de-offshorisation legislation that requires companies to build substance in their structures by having an office with employees operating in Cyprus rather than a name plate and no substance. The job creation is very welcome as these clients are hiring professionally qualified candidates in accounting, legal and finance as well as administrative support staff. These companies are also renting office space, purchasing or renting houses and apartments for their employees and directors, which is also good for the economy,” said Stephenson.

She gave the example that GRS recently assisted a Russian company hire a team of 15 accounting employees for their new office in Cyprus.

“Of course the legislation would have forced some to rethink their structures and look at alternative jurisdictions, but for those that are here there are many advantages for companies to create substancein Cyprus. These international developments and legislative changes have, therefore, created opportunity for job creation in Cyprus.”

Stephenson said that despite the Securities and Exchange Commission (CySEC) getting stricter with forex and investment companies, “various regulations also created employment opportunities for hires in compliance, know-your-customer (KYC) and anti-money laundering (AML). The sector associations are improving access to learning and developing skills for the talent available in Cyprus, as was seen recently with the Cyrus Investment Funds Association (CIFA) running a one-day seminar www.cyprusfundssummit.com aimed at the investment fund industry.”

As regards other qualifications, Donna Stephenson said that the CySEC examinations have been popular, but it is still a difficult task for the owners of approved investment companies (CIFs) to source the right fit an applicant who holds the compulsory CySEC certifications/qualifications to meet with the regulator’s conditions for the operating license. “Essentially, this is creating a demand and supply problem.”

As regards forex companies, the Chinese economy volumes are down as many lost funds on Chinese stocks, yet China is still booming with FX, as can be seen by the demand from most forex companies that want to hire Chinese speakers.

“We are able to secure a high number of interviews for a Chinese speaking candidate with forex companies as soon as we receive an application from a Chinese speaker with the right credentials. Yet, whilst the demand is high for this calibre of candidate the supply is extremely low. The fall-out from some forex companies also created new opportunities and a strong transfer of talent for the sector to hire experienced and trained candidates and especially those speaking another language such as Chinese.”

Many of the licensed binary companies have built call centres in Cyprus to manage their sales, conversion and retention functions and GRS offices in Limassol and Nicosia are working with a new binary firm that is in the process of hiring 70-80 people for their new Limassol office. There are also binary platform companies that are also growing due to the increase in volume of binary sales.

Forex and binary companies continue to create jobs across all functions including compliance, sales, back office, finance and accounting,” Stephenson added.

The head of the online recruitment agency StaffMatters said that although there is still a lot of concern regarding the unprecedented high unemployment rate in Cyprus of around 15.3%, the overall picture is more positive compared to this time last year when unemployment was at 16.6%.

“Overall we have seen some promising signs of the stable, albeit slow, recovery of the economy by looking at the increase in the number of total job vacancies available within the market in January-September, compared to the numbers for the same period last year. The total number of vacancies that we have received and have actively recruited for on behalf of our clients has risen by 28% this year compared to 2014 and by 39% for the same period in 2013,” said Tony Papadopoulos of StaffMatters Recruitment Specialists www.smstaffmatters.com.

“Even more promising is that the increase in the number of available vacancies within the market for this year is spread across numerous sectors and industries as opposed to previous years where the majority of open positions were restricted to the financial services. Although the forex and binary trading industries still enjoy the lion’s share of the vacancies (about 45% of all vacancies registered with us) this is followed by accounting (13.09%), IT (11.25%), legal/corporate services (11.12%), with more vacancies coming in from shipping, telecoms, online media/marketing/gaming,” he said.

Papadopoulos said the Limassol-based office has received a number of enquiries from major shipping companies in Greece that are looking at potentially moving some of their operations to Cyprus due to the instability and uncertainty in their country, which could further increase the overall number of vacancies within the shipping sector and market as a whole.

“As far as the forex and binary options industries go in Cyprus, the regulator CySEC has indeed tightened its grip on licensed and regulated investment firms. Although this has meant that some brokers have had their licenses revoked or have received administrative fines for breaches, in our opinion this has further enhanced CySEC’s reputation locally and for potential investors internationally, which has resulted in an ever constant and increased number of FX and binary options brokers choosing Cyprus as their preferred location,” Papadopoulos explained.

Although the Russian crisis and slowdown of the Chinese economy has impacted the markets, this volatility has not seen a major impact on the brokers in Cyprus, as far as their hiring patterns go and in fact his office has seen some of the larger brokers looking to further expand within the Chinese market over the last few months.

“In the energy sector, we have definitely seen far less discussions within the market this year as to the potential growth within this sector in Cyprus. Even though we have completed some recruitment projects for service providers in the oil and gas industry that have established or grown their operations here over the last 12 months, we don’t expect to see any more exciting news from this sector for the remainder of the year and into next year,” Papadopoulos said.

Looking ahead, Papadopoulos added that “although we may only fully recover from the 2013 financial/banking crisis in the years to come, the positive steps that the economy and the country in general has made in the last 30 months have been very encouraging.”

His optimism was also shared by boutique recruiters HCS Human Capital Solutions Ltd (EMEA) www.hcs4.eu with its executive director, Margaret Pitiris, saying that they have been hired by major and “serious” companies wishing to head-hunt for specific posts, mostly managerial.

“There is a lot of talent in Cyprus or Cypriots who have sought other opportunities abroad, and we are constantly tapping into that pool of human resources for jobs here or elsewhere,” she said.
However, Pitiris warned that local companies persist to slim down operations by downsizing their human capital, continuing the increase of the unemployment rate.

“The stricter CySEC regulations are impacting the operational sustainability of the local FX industry, with uncertainty looming; there is an increased exodus of establishments, hence leading to the downsizing of human capital,” she said.

On the other hand, the latest gas find by ENI in Egyptian waters, has also led the local energy sector to shift operations by opting to relocate their experienced and existing human capital from abroad, rather local recruits.

“Due to the mixture of all of the above, the pool of part time, flexible work arrangement and job sharing job seekers across industries in the market has exploded,” Pitiris concluded.