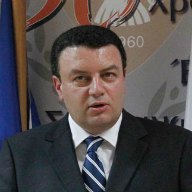 The Minister of Communications and Works addresses the event on 'Larnaka and Blue Growth', a joint effort for the presentation of the Integrated Maritime Policy and Maritime Spatial Planning.

The Minister of Communications Tasos Mitsopoulos, during his address, stressed that maritime and blue growth are a great opportunity to restart the economy and to create new and well-paid jobs. Cyprus, he pointed out, as the island member state of the EU par excellence, with its prominent geographical location in the Eastern Mediterranean, pays special attention to the Integrated Maritime Policy that was announced by the European Union and to the effort for a global approach and development of maritime activities such as shipping, fishery, maritime and coastal tourism and the exploitation of the marine energy wealth.

He added that in the last few years, in Cyprus' marine space, important developments are being noted, such as the location of important natural gas reserves, the indications for the existence of oil reserves, the scheduled exploratory drillings next fall, which create an unprecedented activity. They also create, Mr Mitsopoulos underlined, the obligation of the Republic of Cyprus to design its maritime policy with seriousness so that it can incorporate all the above mentioned activities.

Minister Mitsopoulos also highlighted the fact that at the same time in the area of Vasilikos, an important infrastructure is being created both on land and at sea. A state of the art energy center with a variation of activities is already underway, he said. The sector of energy is the new great hope for the economy of Cyprus, Mr Mitsopoulos noted, and this is derived from the huge interest that is demonstrated from foreign investors and large companies abroad for the realization of investments in relation to natural gas in Cyprus. The event was organized by by the Mayor of Larnaca, Europe Direct in Larnaca and the EU Representation in Cyprus.