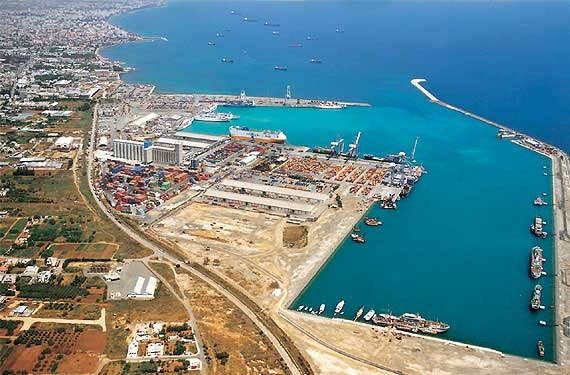 Limassol is planning to develop a financial district, ‘Wall Street’ by the sea; the long-awaited technology park is to begin development by yearend.

“We are moving ahead with big improvements with the objective of bringing in international companies,” notes Andreas Tsouloftas, president of the Limassol Chamber of Commerce and industry, in an interview with the Cyprus Mail.

“There will be an announcement by the end of the month for the start of building high-rise offices in the new area between Marina and the New Port – this is a programme that has been four years in the making. We intend to establish a financial centre here of the type found on Wall Street in New York. We will concentrate the banks, funds, forex businesses, etc. in this area.

To make the ‘Wall Street’ area more attractive, the city plans to increase the allowable building coefficient for the offices to be build in the area, Tsouloftas explains. “In other words, there is a limit to the floor space size on a particular plot of land, based on building regulations. This limit will be substantially increased for the ‘Wall Street’ area, so that companies from abroad can meet their goals for office space.”

AKTEA Avenue is to become a major artery through this new financial area, joining it up with the Marina, and lined with palm trees, Tsouloftas adds.

The technology park, another project that has been on hold for many years, will in fact start up within this year, Tsouloftas continues.

“This project was started 15 years ago, but there have been issues in planning and in issuing the tender that have held it up. The plan is to use a plot of land on the sea side of Pentakomo – it is about 540,000 square metres in size, and it belongs to the government.

The infrastructure for water, electricity and telecommunications still needs to be completed. A meeting is planned with in a few weeks with the minister for energy, commerce and industry to finalise plans. After that, an RFP will be issued for the infrastructure, and eventually for a private company to take over management.”

The technology park will be needed sooner than later, Tsouloftas insists, because Limassol is attracting an increasing number of foreign tech companies which seek  out the city for its pool of tech talent, and its good infrastructure.

“Limassol will also become a centre for the oil and gas industry, once the work on the Cyprus EastMed energy resources begins in about a year. Then there will be a large influx of people from the industry seeking offices and homes in our city. There are four large companies that will be working on the projects that emerge from our resources in that region. They will need onshore support.

To help manage all this activity, Limassol is participating in the EU Excelsior and ERATOSTHENIS Center of Excellence projects, Tsouloftas adds.

“Through these projects, the city will gain access to major satellite centres, and this will allow very accurate monitoring of the environment,” he concludes.