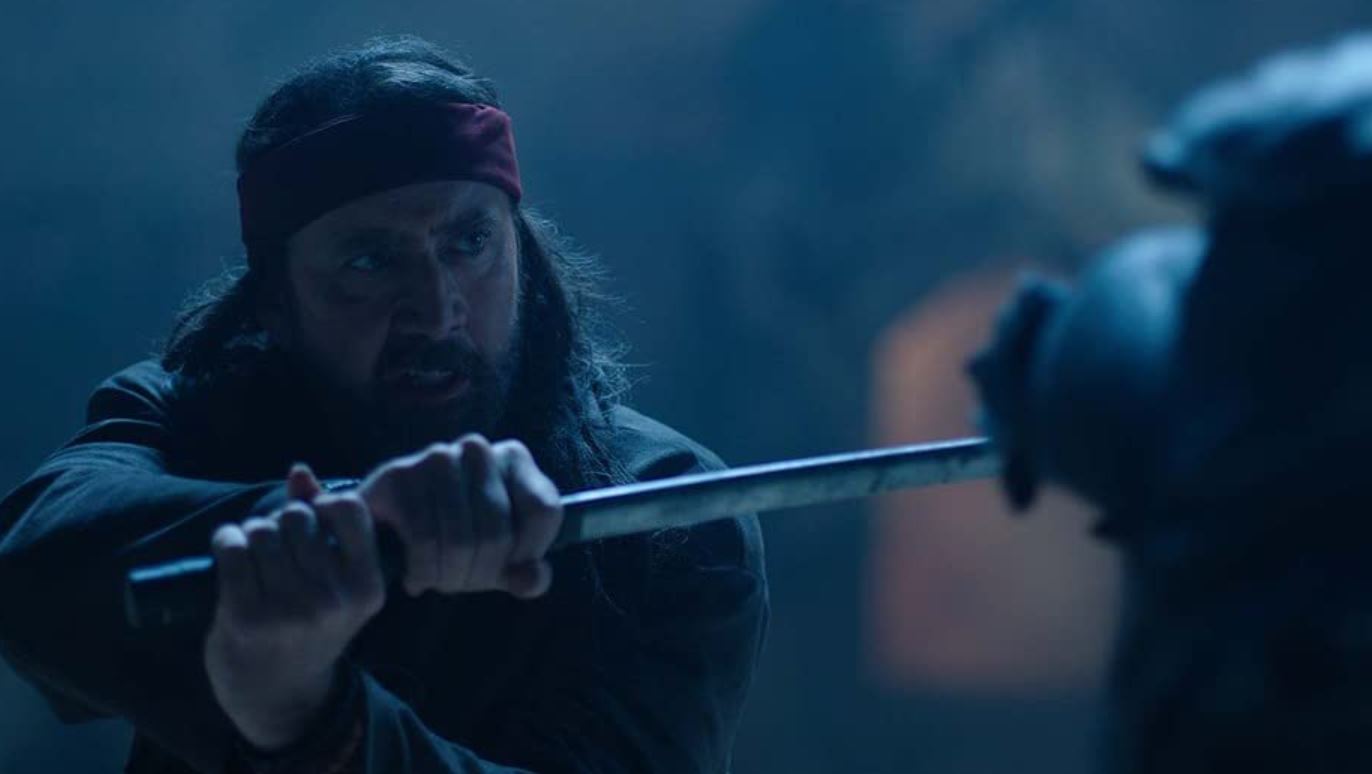 Cyprus’ first Hollywood film – Jiu Jitsu, directed by Dimitri Logothetis – will this week be screened for the first time in America, although we have to wait a while in Cyprus to enjoy the fruits of the biggest movie project the island has ever engaged in.

Being shot entirely in Cyprus, Jiu Jitsu features a number of exterior shots from across the island that will be instantly recognisable to people who live here, including Cape Greco and the Liopetri river. But there are some scenes that won’t be as recognisable.

“Some people will not be familiar with some of the locations we’ve shot certain sections of the movie at. The good thing is that each movie that will be shot here can provide something different to the audience. Sometimes they’ll be able to identify the locations, while other times they will not,” local Production Manager Costas Pitsillides said. And while people may be familiar with the location, some of them look rather different in the final picture.

“This is the magic of cinema,” added Executive Producer at Green Olive Dionysios Manganis, explaining that you can go to a location or space and transform it to such an extent where it’s unrecognisable. On the other hand, there has been some filming at some very distinctive locations in Cyprus which will be instantly recognisable to Cypriots even if they haven’t been there.

Regarding this point, both Manganis and Pitsillides said that one of the main benefits of shooting films in Cyprus is how easily it can be transformed to make it seem like the location is somewhere elsewhere in the world. For example, an advertisement previously shot by Green Olive Films in Cyprus was supposed to resemble scenery from Afghanistan.

Jiu Jitsu has been selected for distribution by Paramount Home Entertainment and will be released in the US and Canada on Friday. It stars Nicolas Cage, Alain Moussi, Tony Jaa and Frank Grillo in an action thriller. At present there are no details for when the home audience can watch more than the trailer.

They expanded on the advantages that Cyprus can provide as a shooting destination, including the short distances between filming locations, the good weather, the long days allowing for the decreased number of days needed to shoot a film, as well as the variation in cultural or archaeological sights on the island.

“You can easily go from the mountains to the sea, so you can theoretically shoot scenes in a mountainous region in Europe and then shoot at the beach in the Caribbean,” Manganis said.

“This was a huge project. The biggest one in Cyprus in recent times. It involved a great deal of people from abroad, as well as many Cypriots. The crew and cast was nearly 200 people, and though this was a major challenge on its own for all of us, I can say that we managed to deal with it, despite the various issues that arose along the way, be it in terms of human resources or in terms of equipment,” Pitsillides said.

“We expected some minor issues in terms of business communication, mainly because people from various countries use different lingo when describing parts of the filming process. We had German crew members, British, Israelis, Cypriots, Romanians, a proper foreign legion. We are hoping that things are even smoother the second time round,” he added.

Manganis said no production can be entirely devoid of any issues or challenges, be it small or big, as there will always be something that hasn’t been accounted for in the pre-production stage.

“A production is a living organism which presents new things on a daily basis. Of course, the pre-production phase aims to decrease any future issues to the best of your ability, but you can never eliminate them completely. Especially in a production of this scale and in a country like Cyprus which is only now gaining experience in handling such a production, of course you would face challenges. But this is where you see the skills of both the production company as well as the crew so that any issues are overcome. At the end of the day, you see a finished movie on the screen and no one has the faintest idea that any issues were encountered during its making,” he added.

The shooting of the film in Cyprus was thanks to an initiative of the Cyprus Investment Promotion Agency (CIPA), which launched in 2018 dubbed Olivewood. It offers financial incentives to those filming on the island, making use of the island as a backdrop and the qualified, multilingual people who work here.

“I think I speak for everyone in our industry when I say that we have been waiting for such a scheme for quite some time,” Pitsillides said. “It has truly opened doors for us. We were not expecting it to bring such a big project so soon. Both ourselves and the foreign crew members experienced something truly major.

“We’ve learned a lot, definitely. But at the same time I would like to believe that we also left a good impression on the international crew involved with the project. I don’t think they were expecting to find such a high level of professionalism. They also learned from us as well, especially when it comes to maximising the few resources you have at your disposal,” he added.

It would stand to reason that the completion of such a project would usher in the possibility for future productions of similar size and ambition. Although few details can be divulged at this stage, things seem to be brewing on the horizon.

“We are in discussions with a number of producers from various countries. Interest definitely exists. Unfortunately, the coronavirus outbreak has put a pause on everything for the time being,” Manganis said.

“What the completion of the Jiu Jitsu film has accomplished is to show the world that this scheme exists in Cyprus and it has already produced one film, and that Cyprus managed to handle a film of such a scale. Τhere is now a tangible example of what we can do. I think it’s only a matter of time before more productions come to Cyprus,” he added.

For that to happen and a real industry to develop on the island, those few resources Pitsillides referred to need to be boosted. “Something which Cyprus can improve on is infrastructure. The experience and skill level are already quite high since even international productions shot on the island have almost 90 per cent local crew members. The good thing is that the crew works as a team and any knowledge gaps can be covered through teamwork,” Manganis said.

“A good soundstage in Cyprus would do wonders for the industry. The investment scheme actually encourages investment in infrastructure,” Pitsillides added.

“The scheme is here and it has already put Cyprus on the international map,” he said. “We keep learning and getting better. We are ready to welcome more productions to Cyprus”.