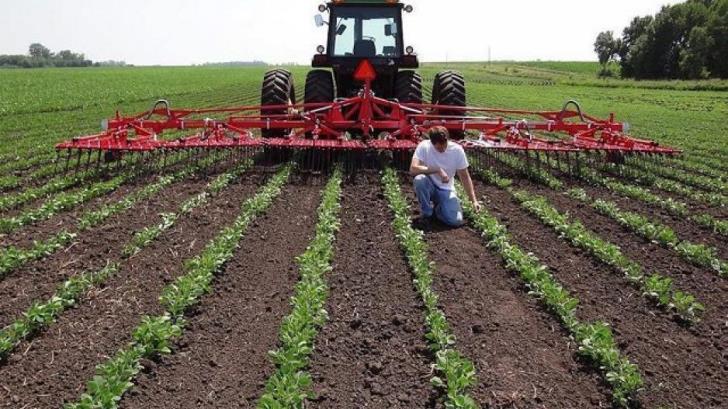 Luring the young into farming

An innovative – and much needed – plan to get the younger generation interested in agriculture was presented at a conference in Nicosia this week.

The ‘CAPture the Future Generation’ project, CAP standing for the Common Agricultural Policy of the EU, focuses on spreading awareness and promoting entrepreneurship amongst young people, both in rural and urban areas.

This is very necessary. Some 95% of Europeans think that agriculture and rural areas are important for the future, yet only 11% of farm managers in the EU are younger than 40 years old and 32% are over 65.

Figures for Cyprus paint an even bleaker picture. Numbers of young farmers are the lowest in the European Union. Just 3.3% of farmers in Cyprus are below the age of 40, while 44.6% of farm managers in Cyprus are 65 years and older.

“We want to focus on approachable methods,” said project officer of the programme Marianna Demosthenous.

“The aim is to get the young people more interested and involved.”

The one-year project is funded 60% by the IMCAP (Information Measures relating to the Common Agricultural Policy) programme of the European Union.

To get young people interested, IMH, the event management company behind the Cypriot project and contributor to the rest of the funding, decided to target students by giving them something tangible to do – to develop a business plan as part of a contest for which the best three teams will win prizes.

“We think this is more relevant than simply launching an information campaign,” Demosthenous explained.

The project is still at an early stage and while wider target groups are students, teachers, young people in urban areas, farmers and the general public, it has been decided to initially focus on secondary schools and universities, both public and private.

“The students will get some basic information and will then develop ideas, with the support from mentors who are professionals in marketing, business and agriculture,” she said.

The reasoning behind this is based on research, according to IMH.

“Based on 2015 research on young Cypriot farmers, the requirements to bridge the knowledge gap and challenge the ageing farming population include the development of marketing skills, management skills, specific technological knowledge and networking skills, which are helpful in creating partnerships and setting up producers’ groups,” the group says.

Part of the funding is used to pay these professionals, who will also be involved in choosing which are the best plans. These will then be presented at a start-up agricultural conference in Cyprus in 2021.

This will give the budding entrepreneurs a chance to get noticed – and supported – by local businesses.

But more is also on offer.

“[The business plan] will result in an innovative agricultural product/service to further aid the European Union in its efforts to tackle climate change and achieve a climate neutral Europe,” the organisers explained.

To help the raise awareness among the students and their teachers involved in the project, IMH is also preparing an online educational toolkit.

“The project aims to encourage the transfer of farming knowledge to young people and to spread awareness and understanding on the benefits of CAP, with an emphasis on the fundamental role of farming in society,” says IMH.

However, it is going to take more than one project and much support, either by the government, the EU or both, to convince young farmers and would-be farmers in Cyprus to engage in farming. The challenges which impact the sector are daunting.

It is projected that Cyprus will be highly affected by climate change impacts, such as increased temperature and decreased precipitation and these adverse effects might cause considerable loss in agricultural production and income.