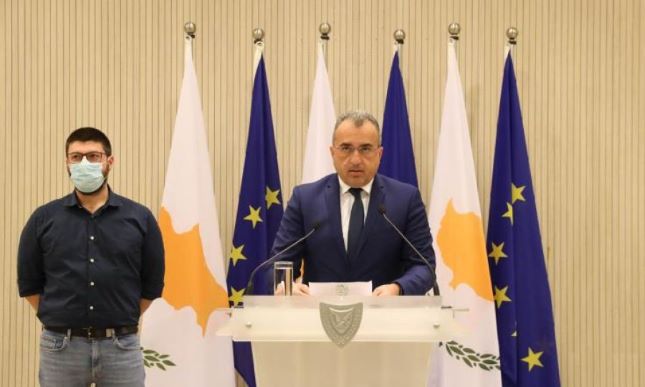 'Measures taken were aimed at reducing disruption to society and economy'

The new measures taken by the Cabinet yesterday were focused and aimed at avoiding disruption to society and the economy, but a fresh assessment will take place next week and new arrangements may be in effect, Head of the Scientific Committee on the pandemic Constantinos Tsioutis told the Cyprus News Agency.

He said that lockdowns will be considered as a last resort, pointing out that it might lead to some positive results, however, these results are short-lived and have significant consequences on other sectors.

Tsioutis told CNA that the 3,000 cases are cause for concern and the situation needs to be reassessed soon with the inclusion of the new figures.  He added that reports of hospitalizations come with a delay following the detection of positive cases, therefore, the cases that will be reported during these days may lead to hospitalizations in the next period.

The Head of the Committee said that the studies so far show that the Omicron variant may be less severe, however, he noted that the number of cases is high. He said that the Delta variant resulted in 3-4% of the cases needing hospital treatment but with a number of cases that reached 1,000, adding that now we have more than 3,000 cases and therefore the correlation changes.

Tsioutis expressed the opinion that we have not yet seen the effects of the new variant on hospital admissions.  We need to prepare for what this variant will bring in terms of hospitalization.

The head of the Committee on the pandemic reiterated that we all need to remain vigilant, to limit our contacts and presence at gatherings during the next few days and to adhere to the measures on self-protection, ie correct use of a face mask, isolation in case of symptoms, and frequent tests.

Tsioutis said that clusters were detected in leisure places among people aged 20-40, who most likely had little or no symptoms, tested positive late and infected people in their environment.

He said people who think they have symptoms are advised to self-isolate immediately, while repeatedly testing themselves at home.  Some studies have shown that some vaccinated people test negative in the first few days, which is why self-testing is crucial. (CNA)