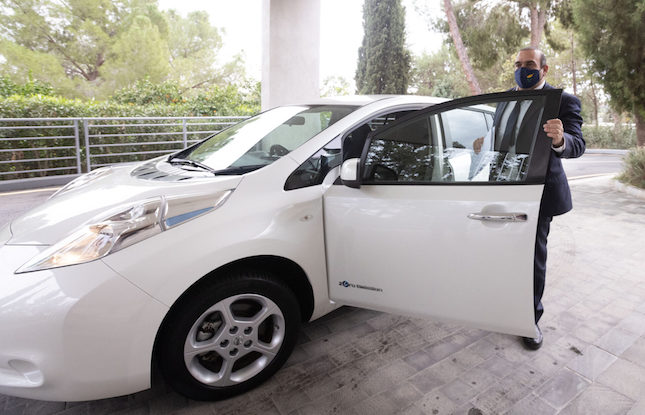 Work will get underway next year to improve the Nicosia-Palaichori road. This project will boost development in the nearby communities of the Pitsillia region, according to Transport Minister Yiannis Karousos.

Speaking at the annual cherry festival at Platanistasa, a village known for its cherry-made sweets and products, Karousos said the €72.59 million project to upgrade the E209 rural artery to Agros “will be awarded within 2021.”

He said improving the 45km road “will help upgrade the villages in the area and improve the residents’ quality of life.

“Implementing the project will improve accessibility to Palaichori and other nearby communities, such as Mitsero, Ayia Marina, Xyliatou and the Pitsilia region in general, improving driving time, the cost and road safety conditions.”

Karousos said an equally important road project that will help develop rural areas is the €83 million extension of the Nicosia-Astromeritis highway towards Evrychou, ending at the Kalopanayiotis-Kykkos exit.

He said this would be a four-lane motorway with one elevated junction, four overground and underground passes, and a roundabout at the end.

The project will be awarded towards the end of the year.

Presenting his budget for 2021 last December, Karousos told a parliamentary hearing the Transport Ministry would spend €116 million on development projects in 2021, up €25 million from 2020, including the Cyprus museum, new roads, and the Nicosia orbital motorway.

Among projects to start in 2021 is the new Cyprus museum budgeted at €111.7 million, the Paphos-Polis road costing €86.8 million, the Astromeritis-Evrychou highway at €83.3 million, the Nicosia-Palechori highway (Anayia-Agrokipia section) for €72.6 million; the Stavrou Avenue junction (entrance to Nicosia) for €30 million, and the third phase of the Nicosia’ orbital’ motorway at €25.8 million.

Almost 2500 people signed an online petition in November 2019 objecting to the new Paphos-Polis Chrysochous motorway being built, with conservationist group Birdlife Cyprus saying Ezousa Valley, a protected Natura 2000 site, was threatened by the construction of the new motorway.

BirdLife also said the motorway threatens iconic bird species such as the Bonelli’s Eagle, the Long-Legged Buzzard, the Peregrine Falcon, and the Roller.