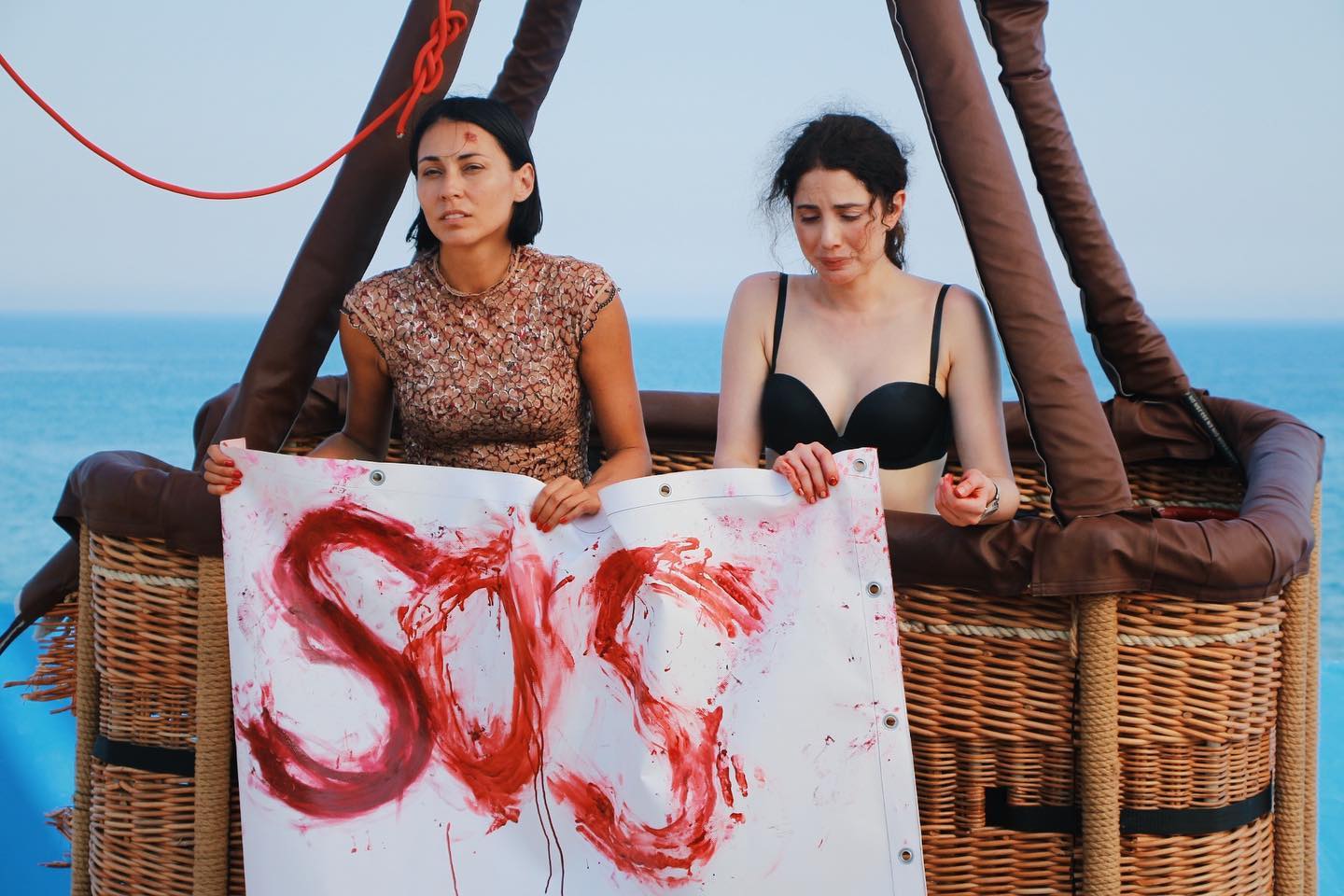 Cyprus film industry, dubbed Olivewood, is about to make its screen debut as the first of two productions with a Hollywood influence will premiere in Nicosia on Thursday.

Cyprus’ attempt to become a film destination for world-class cinema is about to bear fruit as S.O.S. Survive or Sacrifice produced and filmed exclusively in Cyprus is screened at K-Cineplex at a closed event due to COVID-19 restrictions.

Talking to the Financial Mirror,  Rosset, said: “The film promises to take its audience on an exciting adventure, elevating them to dizzying heights”.

The film written and directed by Roman Doronin starts off with a hot air balloon flight that takes a dangerous turn when it becomes untethered and the passengers ascend without a pilot.

As they are pushed far out over the ocean, it’s a desperate fight for their lives where every choice they make could be the difference in their survival.

The younger sister of one of the passengers is their only hope of rescue, but can she get to them in time?

Rosset noted that S.O.S. Survive or Sacrifice is a truly international project: the production team, comprising highly skilled specialists from all over the world completed post-production during the very difficult working constraints of the pandemic – managing to pull the movie together from different points across Europe.

The Russia-born co-owner of Altadium, the first Cypriot company to benefit from an incentive scheme to boost the country’s audio-visual industry, said attracting film producers and facilitating big movie productions could put Cyprus on the world cinematic map.

The Olivewood promotion drive has drawn the attention of industry professionals from across the globe.

On offer are tax rebates and credit breaks with the most attractive incentive being a maximum 35% reimbursement for nearly all expenses made in Cyprus.

The state scheme covers rebates worth €25 mln per year with officials aiming to use the entire budget.

She said Cyprus has more to offer than just tax rebates, as it is essentially an outdoor studio.

“It’s a magical land. Full of gorgeous locations. The actors that came from the U.S. and other parts of the world absolutely loved it.

They would come back in a flash. The overall experience was exciting, and we are looking forward to doing other movies here.

The movie’s unusual cinematographic premise was ideal to portray island’s beauty from above as a large part of the film has to do with two spiritually strong young women stranded in a runaway hot air balloon.”

S.O.S. Survive or Sacrifice is one of two major productions exclusively filmed in Cyprus, under the government’s incentive scheme to attract global investment in the audio-visual industry.