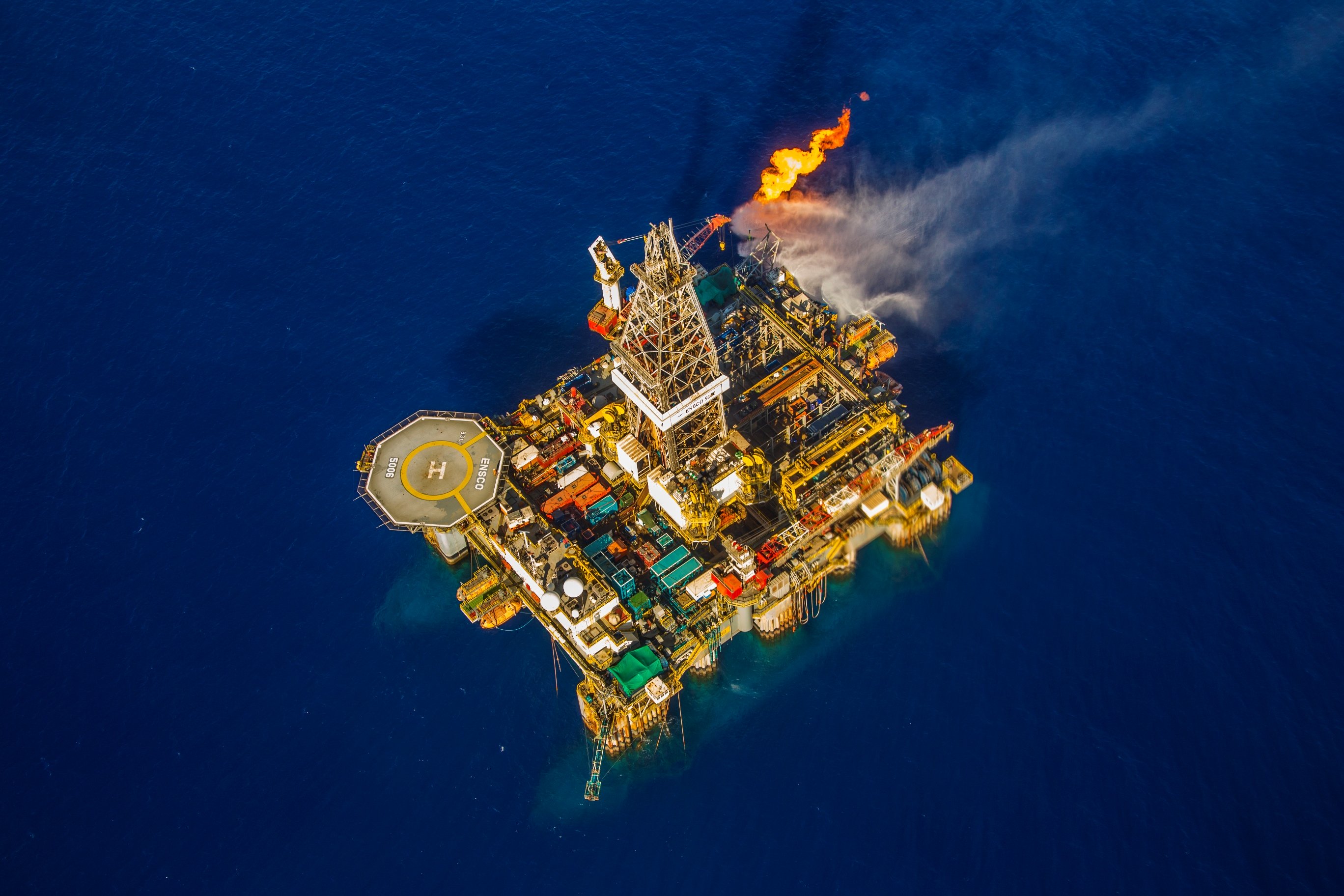 The Cyprus LNG Plant and the East Med Pipeline under the spectre of the Turkish ‘blue homeland’ in the great energy game of the Eastern Mediterranean.

The geopolitical and geo-economic aspects of energy developments in the Levantine basin are of enormous importance, given the power vacuum that has emerged in the subsystem of international relations comprising the Eastern Mediterranean and the Middle East. This is where Erdogan plays a tough poker game with the ‘blue homeland’ doctrine.

The superpowers (USA, Russia), as well as China with the Belt and Road Initiative (New Silk Road), are now openly involved in the energy game of the area. Erdogan is playing a zero-sum game on the geopolitical chessboard, taking advantage of Greek elite Turkophobia.

Since 2018, when Turkish drilling ships violated the Exclusive Economic Zone (EEZ) of the Republic of Cyprus, as defined and recognised by the United Nations Convention on the Law of the Sea (UNCLOS), Greece has disappeared completely as a guarantor of Cyprus, a legal obligation under the Treaty of Guarantee that she also forgot in 1974, along with Great Britain.

Cyprus must tread firmly and wisely on the tightrope of international tensions. If she plays the win-win game right with the right alliances in the context of the East Med energy competition, Cyprus will not only gain substantial geopolitical leverage beyond material capabilities, thus rendering possible a fairer solution of the Cyprus problem, but she will also derive huge economic benefits. This requires implementing an LNG (Liquefied Natural Gas) strategy based on an onshore gas liquefaction station in Vassilikos, which is undoubtedly the best monetisation and export option for Cyprus.

The East Med pipeline is an unrealistic fantasy in every respect compared to the LNG plant, which should be the heart and soul of Cyprus’ strategic energy vision. First, no major company has expressed any investment interest in the East Med pipeline. Second, it has recently been undermined by Greece in a way that clearly ignores legitimate Cypriot interests. The secret plan is still being hatched and deserves extensive analysis but let it be disclosed that it involves the transiting of Israeli, Qatari, Iraqi and Cypriot gas via the ‘Turkish Med’ pipeline. In this region of hard geopolitics and energy wars the great energy game is being replayed with competing pipelines backed by the USA, Russia and China. Iran is also involved, while Israel, always ahead, is keeping all its options open.

Hence, the East Med pipeline proposal (which serves certain commercial interests receiving EU funding) can be kept as a communications exercise at a diplomatic level but evidently the true interests of Cyprus, geopolitical, economic, financial and social, lie in the construction of a land-based LNG plant, especially given the projections of rising world demand for LNG. First, LNG has the characteristics of oil and therefore, it can be sold in markets all over the world where there is demand and better prices. Second, the development of the energy sector around the LNG plant with the necessary infrastructure and ancillary industries will create thousands of high value-added jobs across the entire industry value chain that will increase the Gross Domestic Product (GDP), while diversifying the economy. The diversification of the Cyprus economy is an issue frequently raised by the credit rating agencies, the necessity of which became all too clear with the hit received by the tourist sector by the covid-19 pandemic. Third, a dynamic energy sector will create inter-sectoral synergies, multiplier effects and economies of scale. Fourth, it will provide a much-needed industrial base rendering the economy more competitive and less vulnerable against external shocks.

Moreover, the power generation sector will produce cheaper electricity with a greener fuel of lower energy intensity (consumption) and higher energy efficiency and productivity, contributing to a carbon neutral, net zero economy and EU environmental and climate change targets. Electricity may also be sold in the future through the Pan-European electricity transmission network highways (EuroAsia and EuroAfrica interconnectors). In addition, the cost of the LNG terminal is lower than that of the proposed East Med pipeline and of a comparatively lower investment risk. Furthermore, the LNG terminal combined with LNG bunkering for fuel supply to ships will help the Cypriot economy literally take off.

Finally, the LNG plant will enable regional cooperation by creating common economic, commercial and strategic interests. In this respect, effective economic diplomacy is required in the East Med Gas Forum. Already Israel and Egypt are taking initiatives (agreement to connect Israel’s Leviathan gas field to Egypt’s LNG plants) that constrain options and endanger Cyprus’ energy program that has been in a stalemate for years. Such procrastination does not serve the best interests of the Cypriot people. It is most important to muster the political will and send an immediate signal to the European Union, the international community and the oil and gas companies that Cyprus is eager for the development of its existing gas discoveries (the Aphrodite, Calypso and Glaucus fields) and not just for further exploration.

The Mediterranean Sea is one of the busiest waterways in the world, while the Suez Canal, next door to Cyprus, is one of the seven most important oil and gas transit lanes (energy choke points) in the world, as proven by its recent accidental blockage by a cargo vessel.  Hence, its unique strategic location offers Cyprus a real possibility of becoming an energy supply, fuel, gas and LNG transportation hub provided the strategic vision of the LNG plant is advanced. Sufficient infrastructure already exists at Vassilikos that will complement the liquefaction project. Cyprus can satisfy demand anywhere and certainly in the wider Mediterranean region, as well as south-eastern Europe and the Balkans via the LNG import terminal in Alexandroupolis and the Interconnector Greece-Bulgaria (IGB) pipeline and thus contribute to Europe’s energy security. This will enhance Cyprus’ existing advantages of being an established maritime hub and shipping centre. Becoming a regional energy hub will offer Cyprus significant financial benefits and lucrative services from trading activities, while raising its geopolitical importance, thus permitting a viable solution to the Cyprus problem.

While Turkey is attempting to devour the EEZ of the Republic of Cyprus, reducing it to 6% of what the country is entitled to under UNCLOS, Cyprus’ position regarding a gas pipeline to Turkey, under whatever disguise or ‘creative’ ambiguity this is presented, must be non-negotiable at the forthcoming conference or any other round of talks on the Cyprus problem. As is well-known, the pipelines render the exporter hostage to the importer and give the intermediary states excessive power at the expense of both. The Cyprus gas reserves are literally the only bargaining chip at the government’s disposal for a tolerable solution to the Cyprus problem in the post-Erdogan era.

With an untrustworthy ‘partner’, suffering from an anti-Hellenic syndrome and anti-Greek sentiment, a pipeline to Turkey will be a destructive outcome. Turkey is already exerting downward pressure on the prices of gas it is importing from Russia, hence it is more than evident what will come out for Cyprus in the case of a pipeline to Turkey. In return for rejecting a gas pipeline to Turkey, Turkey's demand to discard the East Med pipeline project can be accepted. Turkey can, of course, import LNG from Cyprus utilising its FSRU at Dörtyol in the annexed Syrian province of Hatay.

Turkey is not interested in immediate disbursement from the Cyprus National Investment (Hydrocarbon) Fund for the benefit of Turkish Cypriots. Turkey is seeking to become an energy hub and to hold Europe hostage by controlling energy flows. By instrumentalising the Turkish-Cypriots, as it has always done, Turkey aims to grab the Cyprus gas reserves and gain another entry point for pipeline gas into its market from the East Med for own use and/or transiting. Controlling energy flows through Turkish territory, as well as seeking to become a nuclear power, will help Turkey attain its goal of being accepted into the superpower club. Evidently, it is not in Europe’s interest to exchange Russian energy dependence for Turkish. Cyprus has convincing arguments for the European Union in this regard. The East Med reserves of oil and gas constitute a fifth energy corridor to Europe, with a distinct and separate identity from the fourth corridor from the Caspian via Turkey (TANAP-TAP), for the security of which Turkey waged its latest war with Azerbaijan against Armenia, besides its military interventions in Syria and Libya.

The Turkish ‘blue homeland’ doctrine affects the legitimate interests of all regional states and of course antagonises wider international vested interests. Above all, the Turkish ‘blue homeland’ expansionist policy represents an existential threat to both Greece and Cyprus. In this regard, both states must devise an effective deterrence strategy in order to counteract the Turkish coercive tactics and exit from their Thucydidean trap.

Panayiotis Tilliros is an Economist, International Relations Analyst and Expert in Economic, Financial and Energy Issues. He currently works as a senior Economist at the Ministry of Finance, Cyprus. He is also a Research Associate at the Cyprus Center for European and International Affairs which is affiliated with the University of Nicosia. His research interests and expertise focus on Economic and Financial Issues, Political Economy, International Political Economy, International Relations and Geopolitics, Energy Geopolitics, Energy Security and Energy Economics. He holds various university titles and is currently a doctoral candidate.