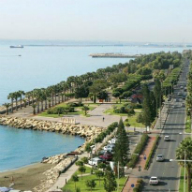 The government has tried to convince energy giant Total to relocate their logistics base from Larnaca port to Limassol, after Larnaca’s municipal council voted against granting a six-month extension to the base’s operation.

There are also reports that oil and gas companies are considering moving their shore base to neighbouring countries.

Transport Minister Marios Demetriades met with officials from Total, in a bid to talk them into shifting their logistics base – operated by another company, Medserv – to space in and around the port of Limassol.

Coming out of the meeting, Demetriades told reporters that the wishes of Larnaca’s residents – who fear the town’s port would be turned into an industrial hub with all the attendant health and environmental risks – would be taken into account.

But, he added, the final decision regarding the oil and gas logistics facilities rests with the government.

The government could ignore the decision and extend the permit – which expires in August – but this could get politically tricky, with parliamentary elections looming.

Demetriades reaffirmed the government’s stated policy of developing the Larnaca port and marina for tourist purposes. Leaving the oil and gas support facilities there for another six months would not have disrupted those plans, he added.

At the same time, “our energy policy cannot suffer a setback, because we…cannot grant space to these companies.”

Another question, assuming Total and ENI were persuaded to move to Limassol port, was whether the facilities there would be ready to host these operations by August.

Asked to comment on reports that Total and ENI are considering relocating their Cyprus onshore base to the port of Haifa, Israel, the minister said the government wants to avert that.

For this reason, he said, he will also be meeting with representatives of the two other companies – ENI and Noble Energy – likely on Monday “to discuss the options available to us.”

Total, which plans to undertake exploratory offshore drilling, reportedly in the autumn, had requested a six- month extension at Larnaca port while ENI – which uses the same facilities – had asked for a year, with an option for an additional six months after that. Chiming in, Limassol mayor Andreas Christou said his town is keen to host the onshore logistics facilities, as there is ample room in and around the new port.

He issued an open invitation to Total and ENI. “They can come to the site to look at the infrastructures, and if they have additional demands I am sure we can accommodate them,” Christou told the Cyprus News Agency.

He said Limassol port is currently operating at below-capacity due to the drop in transit trade there.

“Thereexists large unexploited space inside the port area, and also around the port there is available space for office and support services,” he added.

The mayor recalled that Noble Energy initially was operating out of Limassol when it was conducting its drilling operations.

Noble subsequently moved its shore base plant to Larnaca. It’s understood the decision was partly driven by cost considerations as fees at the Larnaca port were substantially lower than in Limassol.

There are a variety of technical reasons why oil companies prefer Larnaca. The water depth – around 12 metres – is more than sufficient for support vessels to wade into the harbour. Also, the port at Larnaca is nowhere near as congested as Limassol’s.

Because drilling platforms are weight-sensitive, most of the gear – risers, pipelines, fuel, inspection equipment – has to be stored on land.

The permits to the oil companies (more accurately, to their subcontractors) were issued by the Communications Ministry and the Ports Authority.

At any rate, relocating to Limassol port would be a temporary arrangement until a more permanent solution is found near the town’s port.

The two permanent sites earmarked for the onshore base are an area within the Sovereign British Bases adjacent to Limassol port, and the industrial area of Vasilikos. But final approval of either would need to cut through red tape.

Weighing in on the issue, Averof Neophytou, leader of the ruling DISY party, panned the “parochial mindset” that risked driving business away from the island.

At a time when the government is leaning on the energy companies to expedite their drilling programme, he said, populist local politicking is rearing its head.

“These companies have made investments at the (Larnaca) port.Their people asked for a few months’ extension in order to implement what the state asked of them. Now, we are discovering risks to the environment, a thousand excuses just to send the message that this country is not friendly (to business),” he noted.

On reports that the companies were considering moving to Haifa, Neophytou offered: “If I were the CEO in these companies, I would have left Cyprus yesterday.”

The DISY leader derided those posing as “the protectors of workers. Those who hold these populist views, based on clearly parochial criteria, tomorrow – when 150 more people will become jobless – they will come out with loudspeakers and complain about the rise in unemployment.”