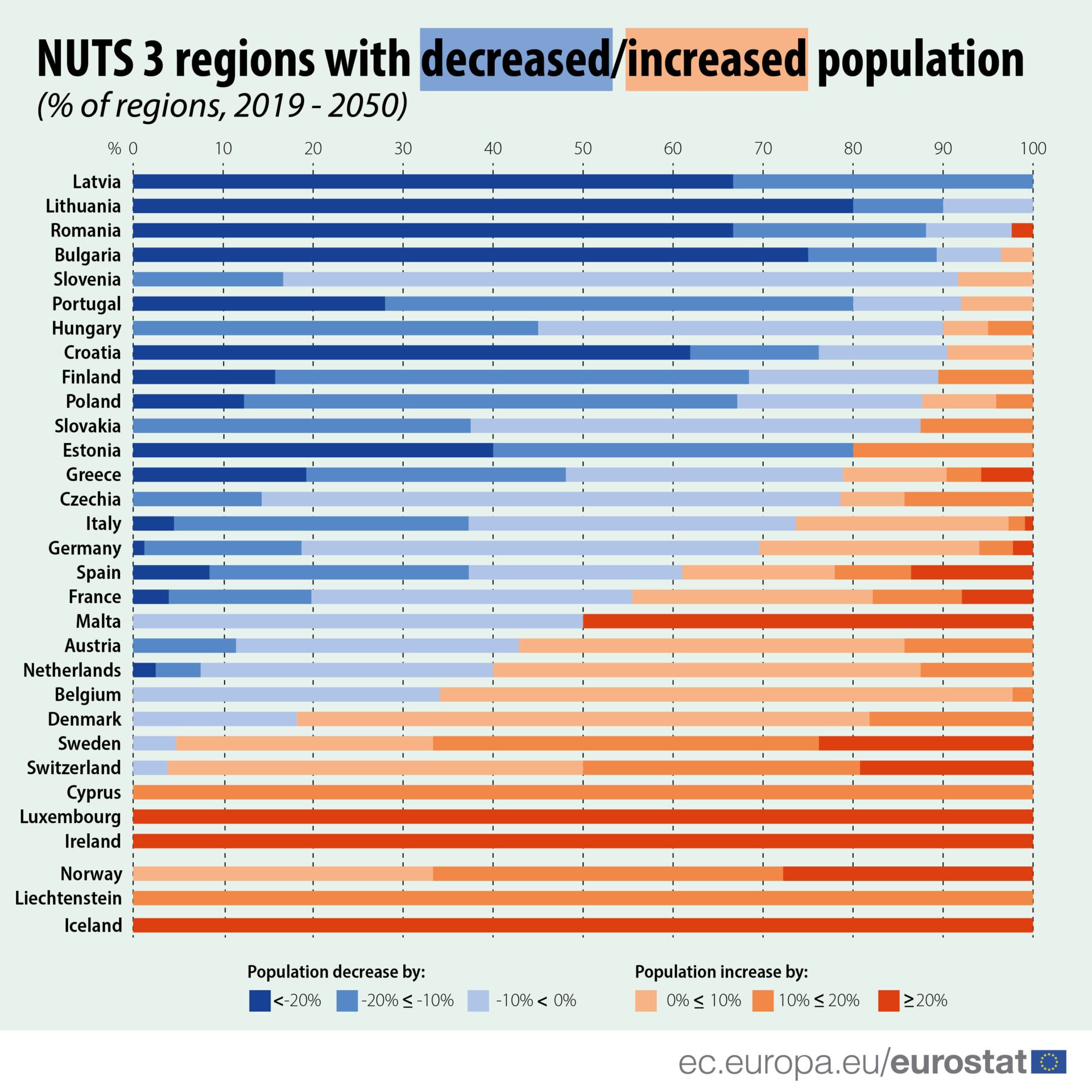 Population in Cyprus will grow by 10-20% until 2050, Eurostat estimates published on Friday show.

The current population is 875,899 according to Eurostat and the World Bank. According to other estimates it’s 1.2 million. The last census was done in 2011.

“This information comes from the latest population projections of regional demographic patterns across 31 countries,” Eurostat explained.

There is a considerable variation in the projections across the 31 countries (the 27 EU member states and the four EFTA countries). In Latvia and Lithuania, all the 16 NUTS level 3 regions have a projected population which is smaller in 2050 than in 2019, most of them by at least 20%. Other countries with a large majority of regions with a projected decrease in population are Czechia, Greece, Croatia, Hungary, Poland, Portugal and Finland.

Bulgaria, Estonia, Romania, Slovenia and Slovakia have only one region with a projected positive population change by 2050.

The population is set to grow in all regions in Cyprus, Iceland, Liechtenstein, Norway, Ireland and Luxembourg.