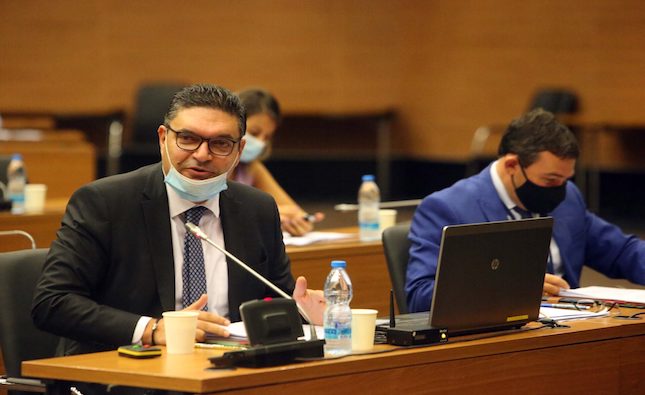 The successful implementation of the €1.3 billion Recovery and Resilience Scheme is very important to public finances and the island’s growth prospects, Finance Minister Constantinos Petrides said on Monday, as he highlighted to MPs the importance of fulfilling its conditions.

Speaking before the House finance committee, Petrides said studies have shown that the scheme could add 7% to Cyprus’ GDP and thousands of jobs.

Petrides warned that improvement of public finances would bring further ratings upgrades, but also downgrades if they worsened.

“The main reason the plan was created was to help public finances, to realise investments that would not have happened because member states would not be able due to the (coronavirus) crisis … but also to avoid being led into dire straits as regards public finances,” the minister said.

He quoted Standard and Poor’s ratings agency, which said recently that public finances were a potential risk to the economy and “public debt must be reduced to 90% (of GDP) by 2024.”

MPs heard that the government was expecting the first tranche – around €156 million — of the funds allocated to Cyprus in the next six days.

Petrides said the money came from member state contributions and would have to be paid in a period of 30 years.

“Whether we absorb these funds or not, the Cypriot taxpayers’ contribution to the EU Recovery Fund will be the same,” he said. “This raises everyone’s obligation to ensure full absorption, not just maximum.”

“Disbursement of all the funds is inextricably linked with the timely realisation of all 271 goals and benchmarks set for each of the scheme’s investments and reforms.”