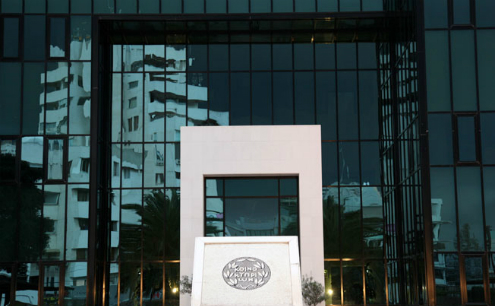 ‘Saving BoC must be a priority’ business leaders tell troika

Saving Bank of Cyprus, restoring confidence in the banking system, providing market liquidity, restructuring loans and balancing the imposition of capital controls are the most urgent issues today.

The troika continued meetings with a range of stakeholders yesterday at both the Central Bank and Finance Ministry in Nicosia. In the morning, the troika delegation met with members of the Cyprus Chamber of Commerce and Industry (KEVE) and Cyprus Chamber of Commerce and Industry (OEV). Speaking after the meeting, KEVE chairman Phidias Pilides said there shouldn’t even be talk of whether the BoC will survive or not. This should be considered a given, he added. “Our main problem is the lack of confidence in the banking system. Therefore, the troika should act towards the restoration of confidence in the banking system, said Pilides. Following the Eurogroup decisions on Cyprus, Cypriot companies are having trouble importing goods on credit, as their suppliers request cash payments, he noted. The troika needed to find ways to help grant more liquidity to the Cypriot economy, he argued, noting that the technocrats listened to their concerns but expressed no views on the issues discussed. “They just listened and took notes,” he said.

OEV deputy head Michalis Antoniou said the main message taken from the meeting was that the troika wants to see the survival of the BoC and its quickest possible exist from a resolution status. “We made clear that the future of the country is directly linked with the BoC,” he said. Antoniou further argued that the lifting of capital controls should not happen overnight, but at a pace that would not create viability problems to the Cypriot banks and especially the BoC. “We should strike the right balance between the pace of lifting capital restrictions and the protection mainly of the Bank of Cyprus from a possible bank run,” he said.

Prominent Cypriot businessman Nicolas Shacolas agreed on the need to provide liquidity to the economy, noting, “there are projects which are mature, ready for immediate implementation, as long as there is liquidity”. Shacolas argued the banks should proceed with the restructuring of loans to the private sector, be they large, medium or small businesses, with longer repayments and lower interest rates negotiated.

The troika also met with the Cyprus Ports Authority (CPA) which CPA board member Christos Michaelides described as a “very productive” meeting. According to Michaelides, the troika acknowledged that a number of services offered at the ports are already undertaken by the private sector. Before the meeting, port workers, on hearing that the troika requested a meeting, gathered at 12pm yesterday in Limassol port to protest against demands for privatisations of semi-government organisations. Among other meetings, the troika also met with the Commerce Ministry’s Competition and Consumer Protection Service.

No decision was reached yesterday on the restructuring of the co-operative movement, specifically, on how many co-ops will survive after the scheme’s implementation.