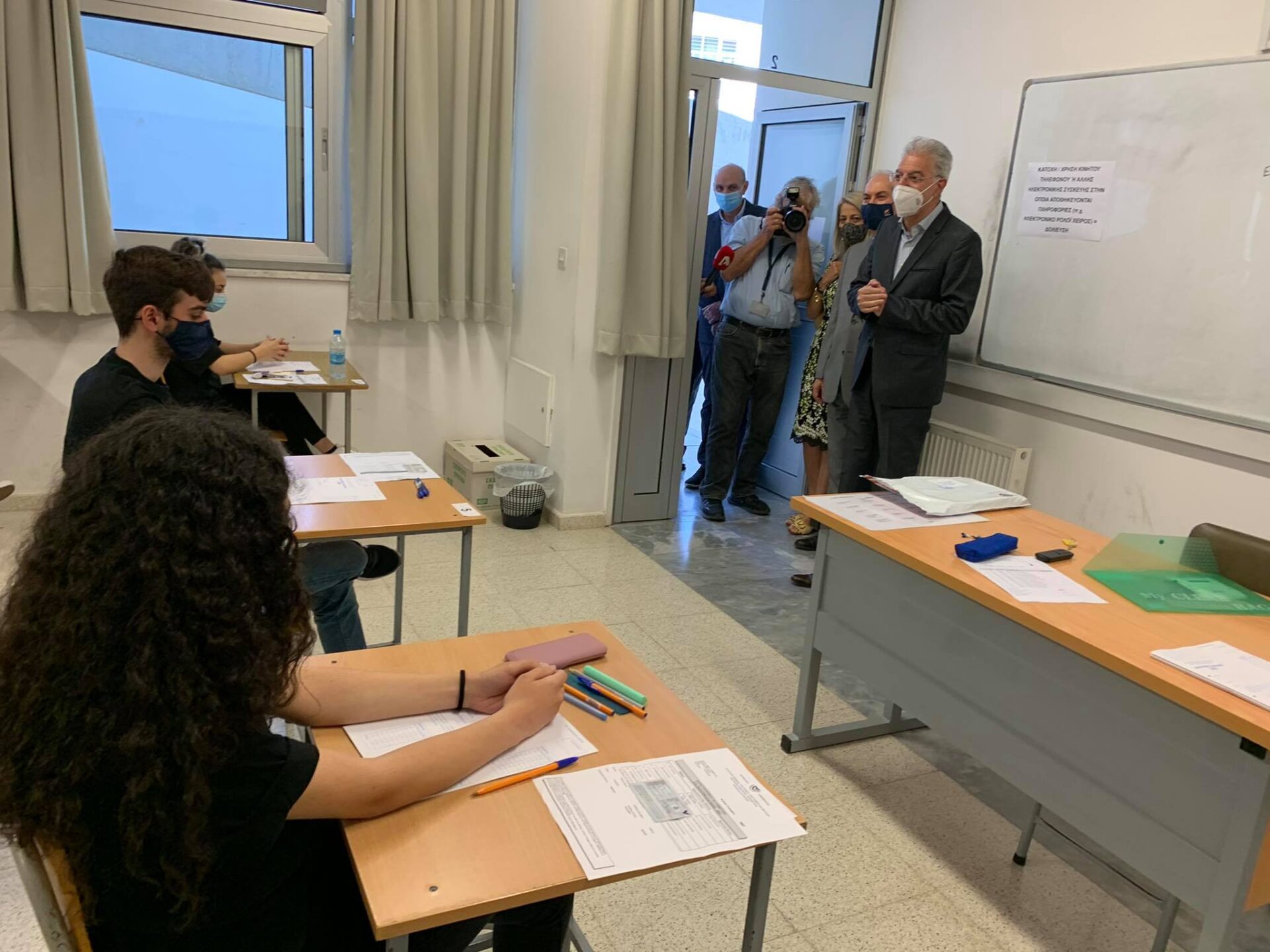 As schools to reopen on Monday, students told to go get tests

With schools set to reopen on Monday with in-person teaching, parents of secondary school pupils should ensure their children have a negative rapid antigen test, the education ministry said on Wednesday.

During a teleconference with the leadership of primary school teachers’ union Poed, Education Minister Prodromos Prodromou said schools will resume with in-person teaching as no decision to the contrary has been taken.

But he highlighted the importance of adherence to health protocols and reminded teachers of their obligation to present a negative test result. Also discussed was the possibility of some kind of ‘green certificate.’

Poed president Myria Vassiliou said that all indications are that schools will reopen as planned but called for measures to prevent the creation of coronavirus clusters.

“We stress as always that for Poed, the opening of schools must be accompanied by measures which will contribute to safety and minimise the risk of creating infection clusters of the virus,” she told the Cyprus News Agency.

And the president of secondary school teachers’ union Oelmek Themis Polyviou said that the working premise was that schools will reopen with in person teaching and pupils should make sure to get tested before.

He and general secretary of Oeltek which represents technical school teachers Lenos Loizou spoke to CNA after a teleconference with the minister which discussed the health protocols that will apply for the end of year exams, including the special arrangements that will be made for pupils who are either contacts of positive cases or who have tested positive for Covid.

The protocols were due to be approved by cabinet later on Wednesday.

Polyviou said that a special examination centre outside the school will operate in every district for pupils who have tested positive. There will be up to three centres for contacts.

“They have worked out a plans on the basis that there will be about 150 positive cases (among sixth year pupils) and 800 contacts. We believe there will be fewer cases. Pupils who are contacts must do a rapid test 24 hours before and the teachers who will supervise pupils taking the exams at school will do a test 72 hours before,” he said.

There will be nursing staff at the special exam sites. They and the teachers in charge of monitoring will be in special clothing, Polyviou said. Those who have not yet been vaccinated will be vaccinated.

No decisions as regards health protocols are required for lower secondary schools as they do not have exams, but the academic year will be extended to June 16, he said. Prodromou said that no child in gymnasium will be held back this year for not performing well.

Lyceum schools will stop lessons on May 19.

Oeltek’s Loizou said that as things stand all pupils will be returning, but rapid tests will be carried out twice and not once a week.

“In view of the return to school and in-person teaching at schools on May 10, 2021, the education ministry reminds and calls on parents/guardians of pupils of gymnasiums, lyceums and technical schools make arrangements so that their children undergo a rapid antigen tests so as to go to school with a negative result,” the ministry said in an announcement.

The nasal swab test can either be carried out at one of the rapid testing sites operated free of charge by the health ministry or at a private lab, at their own expense.

Parents of pupils in years four to six of primary school are urged to arrange for their children to also carry out a rapid test.

All teachers and other school staff must take a weekly rapid test and should present a negative test result on the first day back at work, the ministry added.

Mobile units will resume weekly tests for pupils and staff at gymnasiums, lyceums and technical schools.