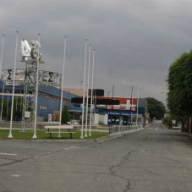 State Fair to shut up shop

Speaking to public broadcaster CyBC, Theodoulou said the Authority’s accumulated debts leave it with no choice but to suspend activities. “All these years the CSFA was allowed to develop into an organisation with triple the staff needed, high salaries, public sector working hours… these things cannot be viable in a competitive economy like Cyprus is,” he said. Mounting debts have meant the CSFA, a semi-government organisation was unable to pay the January salaries for its 24 members of staff, two thirds of which are technically not needed for the Authority to function in a competitive manner.

“The Authority’s problems have been around for a decade. The last three years the problems got worse as it recorded an annual deficit of over €1 m. The January salaries have yet to be paid,” said the CSFA chairman. Asked if the State Fair was closing shop, he said: “For the Authority to be viable, even marginally, it will have to work with one third of the staff it has today. To do this, we need a voluntary early retirement scheme, which the Authority cannot do because it doesn’t have the money for it.” Another option would be siphon off two thirds of staff to the government but according to the State Aid Control Commissioner, this constitutes state aid, said Theodoulou.

“We are at a dead-end. We appealed to the government and concluded that the Authority will have to suspend its activities temporarily so its staff can be absorbed by the government. “The CSFA will close as a semi-government organisation. The exhibition centre is there, it can be used in other ways. There are various options under study at this stage,” he added.

The law establishing the CSFA was passed in December 1968, according to its website. Today, the CSFA has 12 pavilions that cover internally an exhibition area of 20,860 square metres while the Authority manages in total exhibition space covering 33,720 sq. metres. Its general duties include: holding and supervising the organisation and operation of the annual International Fair and specialised exhibitions, as well as promoting the International Fair locally and abroad. While hugely popular pre-EU accession, visitor numbers have in recent years dwindled. Meanwhile, the 21st International Education Fair opens its doors today at the grounds of the State Fair. Nineteen countries will be represented in this year’s International Education Fair, where 295 exhibitors will utilise a total covered exhibition area of 2,100 sq. meters. Last October, the CSFA oversaw the official opening of the 38th Cyprus International State Fair in Nicosia.