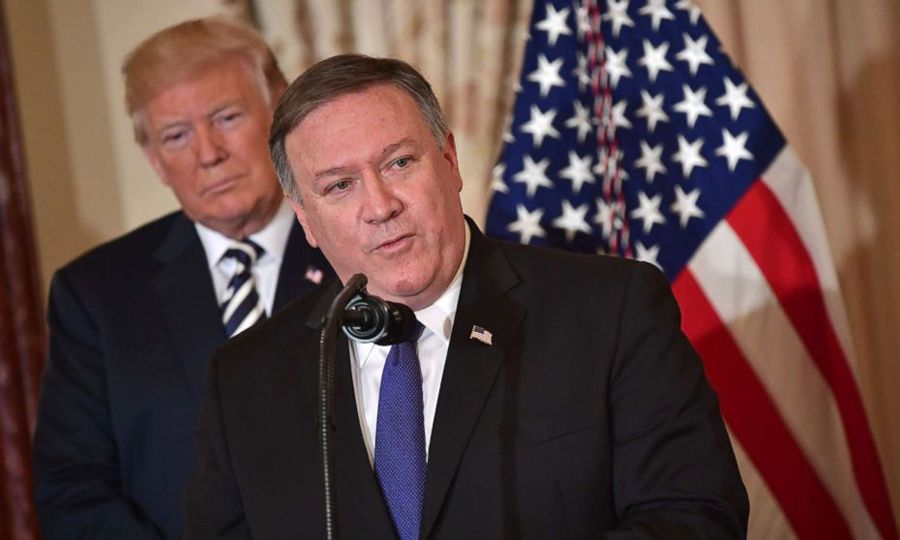 Washington has announced a partial lifting of a decades-old arms embargo to the Republic of Cyprus, with Turkey saying the decision ignores equality and balance between the two sides on the divided island.

Anastasiades described the decision as a “positive development which reinforces further the bilateral security relationship between Cyprus and the United States.”

According to Matthew Palmer, Deputy Assistant Secretary of State for European and Eurasian Affairs, Pompeo spoke with the Cypriot president over the phone and informed him of the decision to “temporarily waive” restrictions on the direct commercial sale of non-lethal defence articles and services to the Republic of Cyprus for the fiscal year 2020-2021.

Palmer added that this decision on the waver was “potentially renewable but no decision has been made at this point” for future years.

According to Kathimerini Cyprus, Pompeo called Anastasiades on his own initiative to inform the Cypriot president about the decision, underlying “a mutual understanding” over the Republic’s role in the region and the importance attached to bilateral relations, especially in the defence and security domains.

While the actual embargo shall remain in place, recent defence legislation in the US gave leeway to President Trump to make an exception if he was to certify that Cyprus was meeting Washington’s criteria on money laundering regulations as well as thwarting the Russian threat.

Back in April, Trump signed an executive order delegating the decision to lift the arms embargo to Pompeo.

“The Republic of Cyprus is a key partner in the Eastern Mediterranean. I am pleased to announce that we are deepening our security cooperation,” Pompeo wrote Tuesday night on Twitter.

Turkey has issued a press release following the announcement, with Ankara saying the decision would “have negative effects on the efforts to reach a settlement to the Cyprus issue.”

Ankara, which said it was expecting the US to reconsider the decision, also warned that Turkey would “take the necessary decisive counter steps to guarantee the security of the Turkish Cypriot people, in line with its legal and historical responsibilities.”

Turkish Cypriot leader Mustafa Akinci, who got a heads up from US Ambassador in Nicosia Judy Garber, also has reportedly criticized the decision, saying this would “not encourage the Greek Cypriot side to seek a comprehensive solution” to the Cyprus problem.

Garber reportedly wanted to call Akinci on her own to inform him of the decision taken by Washington.

The US fiscal year begins on October 1 which coincides with Independence Day for the Republic of Cyprus.

Trump is running for a second term in office against former vice president Joe Biden, with the arms embargo being lifted two months before a highly-contested election on November 3.

According to Kathimerini Greece, the timing of the US decision to end the embargo was seen in Athens as having substantial diplomatic value at a time of fever-pitch tensions in the Eastern Mediterranean.