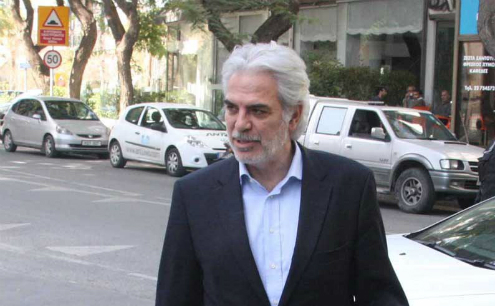 ‘We never asked to change the deal’

Cyprus is focused on implementing a bailout agreement and there was never a question of renegotiation, the government said yesterday, after EU officials and paymaster Germany made it clear that it was unlikely for the deal to change.

“Consistent and disciplined implementation of the memorandum is the best way to get out of the memorandum and the loan agreement quickly,” government spokesman Christos Stylianides said. Stylianides’ statement came as EU officials reacted to international media reports that Cyprus was seeking to change the terms of its €10 billion bailout deal. The spokesman stressed that outlining certain practical difficulties and seeking solutions “together with our EU partners, does not in any way mean refusal to implement what had been agreed.” “What we seek is to resolve practical problems, but always within the framework of the programme,” Stylianides said.

Earlier, the Financial Times reported on a letter sent by President Nicos Anastasiades to eurozone leaders and Cyprus’ lenders around a week ago, in which he criticised the terms of the bailout and warned that it would not work. The FT said Anastasiades wanted the bailout to be overhauled. “It is my humble submission that the bail-in was implemented without careful preparation,” Anastasiades said in the letter. “The heavy burden placed on Cyprus by the restructuring of Greek debt was not taken into consideration when it was Cyprus’ turn to seek help.” EU officials and Germany said it was unlikely that the terms of the bailout would change. Cyprus should implement its aid programme without further delay and there is no reason “at first sight” to change the deal, a spokesman for the German finance ministry told Reuters. “At first sight there is no reason why the programme… should be changed,” finance ministry spokesman Martin Kotthaus said in a statement to Reuters. “Rather it must be about implementing the programme consistently and without further delay. That is mostly down to Cyprus.”

Unnamed EU officials quoted by Reuters also said there was no intention to alter the terms of the loans agreed with Cyprus or to supply more funds. The sources suggested Anastasiades was aware no revision was likely, but wanted to send a message to a domestic audience. Asked if the terms of the bailout could be changed, one senior EU policymaker said: “No, not as far as I can see.” Eurozone finance ministers will discuss the letter at a meeting in Luxembourg today. A second official said: “There’s no chance we’ll revise the terms of the bailout, but we’ll discuss it on Thursday.” A third confirmed no change was possible in the short-term, but said there could “potentially” be adjustments in the medium term, as was the case of Greece. However, that also depends on eurozone leaders, who will meet on June 27-28.

The Financial Times reported that EU officials were “puzzled” by the letter. “Essentially he is asking for a complete reversal of the programme,” the official said, according to the FT. The official added that the failure to prepare for the bailout’s impact was partially the fault of Anastasiades’ government, which initially voted down a rescue package mid-March before accepting a similar deal nine days later. Cyprus’ parliament rejected the initial conditions of the bailout, which called for imposing losses on both insured – under €100,000 — and uninsured bank deposits. The plan was to slap a 6.9 per cent tax on deposits in all banks under €100,000 and 9.9 per cent above that. The plan had been doomed to fail from the onset as main opposition AKEL, EDEK and government partners DIKO rejected it before it even went to the vote.
Ruling DISY abstained.

Nine days later, the Eurogroup decided that Laiki Bank, the island’s second-biggest, would be closed and uninsured deposits in the Bank of Cyprus (BoC) will be used to recapitalise the lender. It was a take it or leave it deal with the European Central Bank (ECB) threatening to pull the plug on emergency liquidity to Laiki, which would have meant its immediate collapse and possibly that of BoC shortly afterwards. The process, known as a ‘bail-in’, was a first in the history of the eurozone debt crisis. Thousands of depositors lost their savings, and subsequent capital controls were imposed to prevent a drain on remaining deposits. Those controls are largely still in place. In his letter, the president said there was no clear understanding of how a bail-in would be implemented, legal issues were being raised and there were major delays in completing the process. No distinction was made between long-term deposits earning high returns and money flowing through current accounts, such as company working capital. “An alternative, longer term, downsizing of the banking system away from publicity and without bank-runs was a credible alternative that would not have produced such a deep recession and loss of confidence in the banking system,” the letter said.

Anastasiades also took a shot at the ECB for continuing to provide Laiki with emergency liquidity assistance (ELA), which reached around €9.0 billion. The amount, along with €2.0 billion extra, is now burdening the BoC. The ECB has defended the decision, arguing the possibility of a future recapitalisation with public money meant it was still viable at the time. It has also said that ELA was the responsibility of the national regulator – the Central Bank of Cyprus. However, critics point out that the ECB could have pulled the plug earlier if it wanted, just as it did on March 25.

Meanwhile, the European Commission said yesterday it had set up a support group for Cyprus, which was announced by President José Manuel Barroso earlier this year. The Commission said the new team would work closely with the Cypriot authorities and provide technical expertise to underpin the implementation of the economic adjustment programme, agreed in April between Cyprus, the European Commission, the European Central Bank and the International Monetary Fund. “The support group will help to alleviate the social consequences of the economic shock by mobilising EU funds and support the Cypriot authorities’ efforts to restore financial, economic and social stability. Moreover, it will bring in expertise to facilitate the emergence of new sources of economic activity,” the Commission said.

The general coordination of the group, the staff of which will be based in Brussels and Nicosia, will be ensured by Commission Vice-President Olli Rehn, who is responsible for Economic and Monetary Affairs and the Euro. To deliver a broad range of expertise, the group will draw on contributions from all relevant Commission services, as well as from Member States. It will be headed by Mary McCarthy, advisor in the Directorate-General for Economic and Financial Affairs.