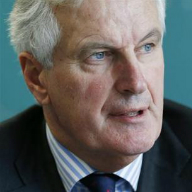 Cyprus is not alone, says Barnier

Cyprus is not alone in its efforts to recover from the worst economic crisis in decades, Internal Markets Commissioner Michel Barnier said in Nicosia, as he reiterated the island was on the right track to stabilise the economy.

“You are not alone in this very serious crisis Cyprus is going through,” Internal Markets Commissioner Michel Barnier said. “You are not alone and this is the essence of Cyprus’ accession to the EU.” Barnier’s visit came a day after international lenders issued a positive progress report in meeting a three-year adjustment programme. “I think that this was not so important as regards the Troika, but it is more important as concerns the Cypriot people whom we have asked to make huge sacrifices in a bid to help in the recovery and correct problems which have existed for a long time,” Barnier said.

He emphasised the need to create new jobs and growth with the help of the EU in order to reduce unemployment, especially among young people. Asked whether there will be a flow of liquidity from the EU for development projects, the European commissioner said that there is a seven-year financial assistance programme worth €1.0 billion, adding that Cyprus will also receive €200 million in funds to support programmes and investment in Cyprus.