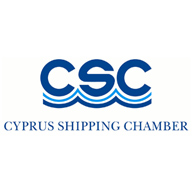 The Cyprus Shipping Chamber is the trade association of the Shipping Industry in Cyprus. Having witnessed considerable growth since its establishment in January 1989, with originally seventeen Founding Members, the Chamber today comprises all the major shipowning, shipmanagement, chartering and shipping related companies based in Cyprus.

Today, the Chamber’s Member-companies located in Cyprus and the wider Shipping Sector in Cyprus, collectively employ around 4500 persons ashore and more than 55,000 seafarers of various nationalities onboard their vessels. In addition, the Member-companies of the Chamber collectively own, control or manage a fleet of about 2400 ocean-going vessels with approximately 48 million gross tons, thus making it one of the largest national shipping associations globally.

The main purpose of the Chamber is to promote the interests of Cyprus Shipping and to further the reputation of the Cyprus flag. At the same time, the Chamber acts as a lobbying group for the promotion and safeguard of the legitimate interests of its Member-companies, at a national level through its close relations with the Cyprus Government and Parliament, as well as at an international level though its membership at the various regional and international shipowners associations.

At a national level, the Chamber since its establishment has become a very influential body and no policy decisions concerning shipping matters are taken by the Government without consulting the Chamber. This has been achieved through the participation of the Chamber at numerous joint working groups and committees with various Government Departments, and in particular the Ministry of Communications and Works and its Department of Merchant Shipping, with which the Chamber maintains excellent relations. Furthermore, the Chamber is regularly called to appear before Parliamentary Committees as the representative body of the Shipping Industry in Cyprus, when matters affecting Cyprus Shipping are considered at the House of Representatives. The Chamber also cooperates with numerous local professional organisations, in an effort to improve and constantly enhance the shipping infrastructure of Cyprus.

As a result of this very active and continuous involvement, the Chamber is able to offer its Members a constant source of up-to-date legislative, technical and commercial shipping information and advice, and more importantly, it operates as an effective “lobbying group” for the promotion and safeguard of the legitimate interests of its Member-companies and Cyprus Shipping in general, at both national and international level.

The Shipping Chamber welcomes the results of the newest “Shipmanagement Report”, recently published by the Statistics Department of the Central Bank of Cyprus, for the first half of 2020, which covers the period 1 January – 30 June.

The Shipping Chamber welcomes the results of the newest “Shipmanagement Report”, recently published by the Statistics Department of the Central Bank of Cyprus, for the first half of 2020, which covers the period 1 January – 30 June.