One of the leading firms of Cyprus, located right in the heart of Nicosia.

Haviaras & Philippou LLC is now 10 years old; young enough to evolve , absorb new ideas, and old enough to appreciate its clientele and put out its best to achieve the maximum. Team players, not only with our staff but also with our clients. Together; moving forward as times do, thriving with our results and offering each one of our clients, local or international the tailored made solution they need in many aspects of the Law. We combine experience and expertise. We are one of the leading firms in Cyprus which promises excellence and always delivers. 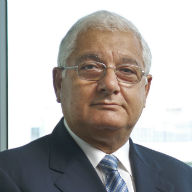 Andreas Haviaras is the managing partner of the firm and one of the founders of the firm. He is a graduate of the Law Faculty of the University of Athens and of the University College London. He was admitted to the Cyprus Bar Association in 1977 and ever since he is a practicing advocate. Andreas Haviaras was the senior partner in one of the largest firms in Cyprus until February 2008 when he left and created along with the other members of this firm the law firm “Haviaras & Philippou LLC".

Michael K. Philippou is one of the four partners and founders of the firm. He is a graduate of the Law faculty of the University of Warwick and the University of Nottingham where he received his LLM. He is a member of the Cyprus Bar Association since 2001 and he has been a partitioning advocate and Litigator ever since. He, in 2008, established his own firm where and he was held to be the grand Haviaras & Philippou to stand on and grow to be one of the well known and reputable in Cyprus. Michael has been elected amongst his peers to be a member of the Nicosia’s Bar Association since 2009. Due to Economic changes and restraining occurring globaling Michael has followed a course successfuland is now since February 2016 on of the few Licensed Insolvency Practitioners in Cyprus.

Lia Haviaras - Philippou is an LLB graduate of the University of Wolverhampton. She was admitted to the Cyprus Bar Association in 1999 and ever since she is a practicing advocate. She was a member of the litigation l team in one of the largest firms in Cyprus where she became a partner from 2003 up until February 2008 when she left and became one of the founders of the law firm “Haviaras & Philippou L.L.C.” Continues to practice limited litigation cases but has been incorporated into other departments of the firm the last 3 years thus able to help the clientele of the firm in a more spherical way.

Loucas Haviaras has joined the firm in 2008 as a partner. He graduated from the faculty of Law of the Warwick University and then proceeded with the Legal Practice Course (LPC) at the College of Law, Moorgate London. He was then admitted to the Cyprus Bar Association in 2009 and ever since he is a practicing advocate and legal consultant in Cyprus. In 2010 he obtained his advanced master in International Tax Law from the International Tax Center in Leiden, Netherlands. Loucas is a member of the Young Shipping Professionals in Greece since 2007, a member of the permanent committee for Offshore Companies and Tax Planning and οf the International Tax Planning Association.

Marios Panayides is a graduate of Aristotle University, Law Faculty and the Leicester University LLM. He is a Member of Cyprus Bar Association since 2004. Marios is mainly practicing commercial law, competition law, recoveries, civil litigation and arbitration. He has been awarded the title of a Licensed Insolvency Practitioner in February 2016 after taking the examinations of the new Insolvency Law requirements. Since September 2016, Marios has moved up to being a partner of our firm.