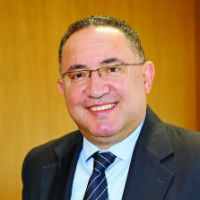 What key areas of opportunity or growth do you see in your sector, and what are your expectations for Cyprus in 2019?

2019 may be proven to be a year of multiple regulatory challenges not only regarding the Republic of Cyprus but also on an EU level.

Brexit related challenges and the continuous changes in the regulatory environment, both at global and at EU level, such as the adoption on 19th June 2018 of the 5th EU AML Directive, render co-ordination and enhanced co-operation between advocates as well as between the Republic of Cyprus competent Regulatory Authorities such as ICPAC, Cyprus Bar Association, and the Central Bank of Cyprus as a necessary step forward. To that effect, the Government of the Republic of Cyprus standing in unison with the independent Regulators and regulated professionals should challenge on their own turn misconceptions and render the Republic as a center of regulatory excellence on an EU and even global level.

To that effect, the consistent application of Common Law as well as the independency of the Judiciary could provide the initial Launchpad. The currently under way reform process as announced by the President of the Republic, including the envisaged establishment within 2019 of the specialized Commercial Court and the intended appointment of 20 additional District Judges, 5 Senior District Judges and 7 Presidents of District Court, will indeed lead to the enhancement of administration of justice, providing the prerequisite assurances to international investors.

Market operators must also adapt with the strengthened interaction between competition law and regulatory law. The publication on 11th December 2018 of the Directive (EU) 2019/1 of the European Parliament and of the Council to empower the competition authorities of the Member States to be more effective enforcers and to ensure the proper functioning of the internal market, also known as the ‘ECN + Directive’, has set the foundation for reinforcing the independency and role of the Republic of Cyprus Commission for the Protection of Competition.

We have all witnessed, during 2018, both the Courts of the Republic and independent institutions upholding and confirming the requirement of holding all citizens, including civil servants and the persons holding positions of independent institutions, legally accountable towards the Constitution of the Republic of Cyprus and the Laws of the land. Building on this effort, it is our suggestion that the possibility of Constitutional amendment providing for the introduction of statutory terms and the establishment of independent supervisory - review bodies could also be the subject matter of discourse.

Within these parameters of upholding the principles of accountability and protection of personal data, we also welcome the publication of the Bill on 9th November 2018 as to the transposition into the legal order of the Republic of Directive (EU) 2016/680 of the European Parliament and of the Council of 27th  April 2016 on the protection of natural persons with regard to the processing of personal data by competent authorities for the purposes of the prevention, investigation, detection or prosecution of criminal offences or the execution of criminal penalties, and on the free movement of such data.