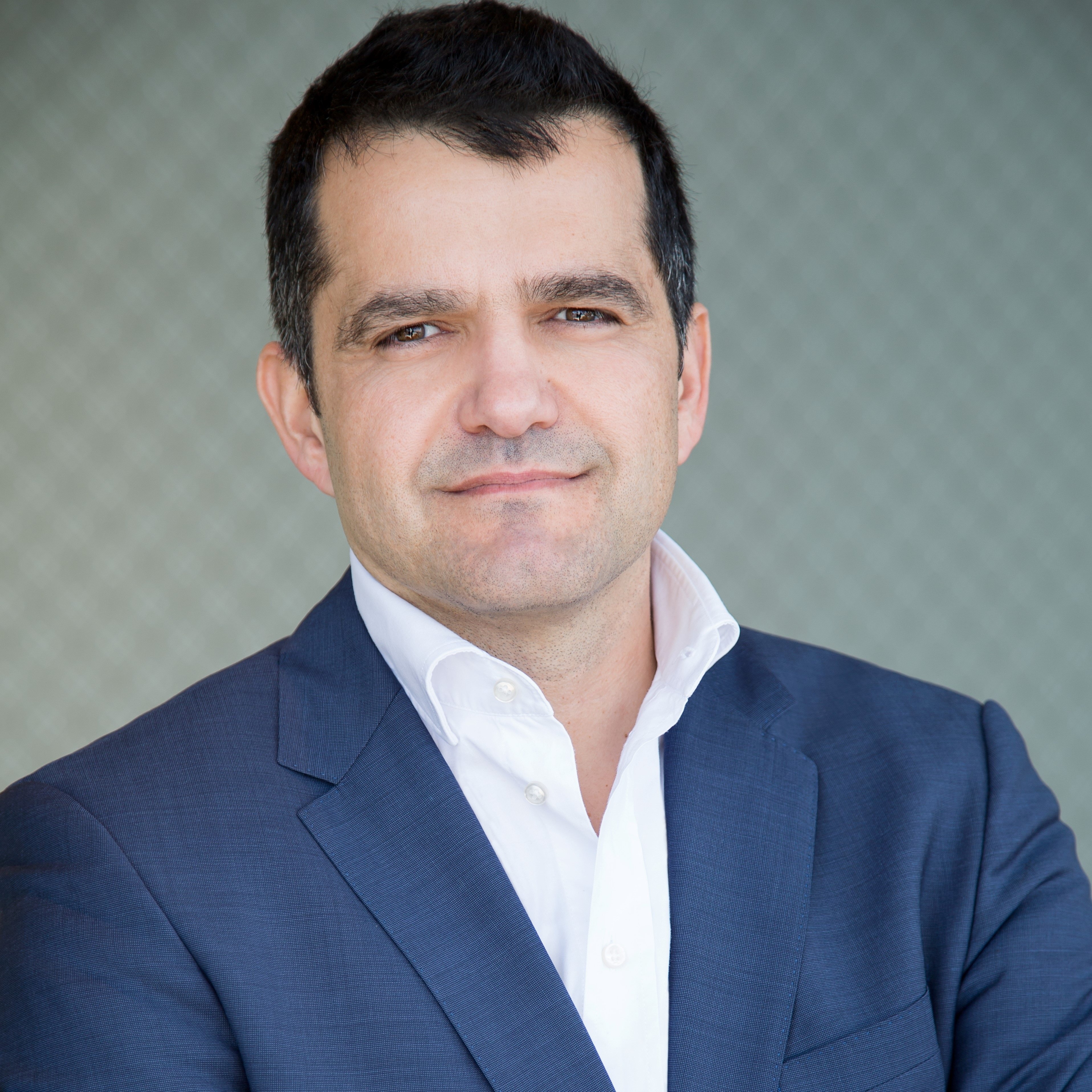 Over the space of roughly a decade, Cyprus has gone through a significant transformation. Its infrastructure, from public works to large private investments, have turned it into a major attraction.

Real estate has traditionally been a strong sector of the Cyprus economy, what has been the key driving force behind it?

There is no doubt that the sector has been a key driving force behind the Cyprus economy. On both a local and international scale, Cyprus remains an attractive proposition for first and second homeowners, headquartering and investment purposes. A significant number of buyers from abroad, from the high-end of the market in particular, continue to recognise the numerous benefits Cyprus has to offer as a destination. A fantastic geographical location, at the crossroads of three continents, a reliable year-round climate with exceptional sunny weather, a natural environment, blue flag beaches, a welcoming community and unrivalled safety, coupled with top-quality modern buildings, public infrastructure and pioneering mixed-use developments, have placed Cyprus high on the list of those wanting to live or invest in a foreign country.

The global Covid pandemic has no doubt affected business and multiple sectors worldwide, what kind of impact has it had on the Cyprus construction and real estate market and what measures are there to support the sector in these challenging times?

This global pandemic has been unprecedented in so many ways but learning from it and adapting our strategies to sustain business for the country as a whole is now more imperative than ever. Like every other sector, construction and real estate have felt the impact of Covid-19, mainly in the day-to-day operations and as a result of restrictive measures that have kept our main market – international buyers – away from Cyprus and property viewings.

It has also, however, created opportunity. The new conditions following the outbreak, have highlighted the importance of ownership; a safe place with good living conditions. People have grown to appreciate their space, security for their loved ones, fresh air, nature, and accessibility. Cyprus combines these characteristics, making it a leading choice for foreign buyers. Being a European country, it offers stability and security, while also providing a high quality of life, a favourable climate for outdoor living, with its modern infrastructure and a diverse array of entertainment options.

There have been quite a few cases of homeowners in Cyprus who decided to live here long-term and sit this period out. At the same time, many chose to lease or even buy residences – mainly houses featuring comforts, such as pools, gardens or proximity to the beach – for this same purpose, so we are optimistic interest from overseas customers will remain strong. Overall, I feel Cyprus has handled the pandemic extremely well in relation to other European countries. That, in combination with our country’s health profile, contributed to this trend.

In addition, to boost domestic demand, a scheme was set up to provide an interest rate subsidy for first-home buyers, which has had particularly positive results. We could say that due to the sector’s significance for the country’s economy, there are regularly schemes to support it, which of course at the end of the day also benefit potential buyers.

Over the decades, foreign buyers have been a key contributor to the real estate sector’s success. What nationalities make up the majority of these buyers and has Cyprus’ appeal remained strong? What other markets is Cyprus actively trying to target to attract more buyers/investors?

The fact that we have foreign country nationals who choose Cyprus to invest and live in, is not just hugely significant for the land development and real estate sector but also something that has a vast impact on a broader scale. Cyprus has always been a country where individuals from different cultures and civilisations have coexisted, without feeling that they are far from ‘home’. A large number of Brits and Russians have purchased real estate on the island, which they either use a few months a year, or often all year round. At the same time, there has been a strong interest in recent years by citizens of other countries, such as China, Israel, Western European countries, but also countries of the Middle East, who choose Cyprus for the reasons previously outlined.

What kind of real estate has been in high demand for foreign buyers and investors?

Traditionally, there is high demand for detached houses among foreign buyers seeking a holiday home for their own use. In recent years, however, with the construction of luxury apartment blocks in exceptional locations across Cypriot cities, the option of acquiring apartments has been gaining ground. In fact, there has been a turn to projects that are part of masterplan developments offering more than just a home. The new owner of such units is not just purchasing a property, but also the high level of services and facilities on offer. The interest of these buyers in such comforts is what has increasingly made them turn to these large projects. They are demanding buyers, well-travelled, well-educated, and more sophisticated in their requirements. Whether we are speaking of investment purposes or own use, the buyer is aware that the property will increase in value as the years go by. Rental yields have also been highly attractive in key cities.

A special market segment is dedicated to the development of office spaces to host the many companies with regional headquarters in Cyprus. Hence, one of the investment options that is gaining momentum is the purchase and use of such modern spaces that have been developed in recent years. It is easy to understand if we take into consideration the ROI that an investor may have on these types of purchases.

As for large infrastructure developments or other major works, what key projects have come to fruition or are in the pipeline? Is there appetite from foreign investors in these types of projects in Cyprus?

Over the space of roughly a decade, Cyprus has gone through a significant transformation. Its infrastructure, from public works to large private investments, have turned it into a major attraction. Its modern road network guarantees swift and safe transportation to any area of interest, including two international airports. We now have an award-winning superyacht marina in Limassol, with more on the way, we also have one of the largest casino resorts in the Mediterranean region and more 18-hole championship golf courses now under construction. There are new modern hotel units and luxury residential complexes in the works in all towns. These projects, along with other entertainment and sporting facilities, are expected to create a brand-new living experience for those who choose Cyprus for a permanent residence or to live a few months a year.

The construction and real estate sector took a severe hit following the 2013 financial crisis, but saw a formidable come-back in subsequent years boosting new development. However, legacy issues of the crisis remain with real estate constituting a significant portion of the current non-performing loans on bank balance sheets and repossessions are flooding older properties back on to the market. How serious are these legacy issues for the sector and what efforts are being taken to minimise setbacks?

The country’s banks have made a significant effort to reduce non-performing loans and I am confident this will pay off in the near future. Let us not forget that before the pandemic’s outbreak, the Cyprus economy’s growth rate was more than double the European Union average. This was interrupted, of course, because of Covid-19; however, the inherent momentum of the economy remains, and I am hopeful it will pick up again now that this unfortunate period is coming to an end. Through this growth, incomes are on the rise and non-performing loans are constantly dropping. There is light at the end of the tunnel.

The Cyprus citizenship for investment programme which included requirements to invest in property offered a significant boost to the sector over the last several years. The programme caused some controversy and was recently repealed. How has this impacted the sector and interest from foreign buyers?

The Cyprus Investment Programme (CIP) undoubtedly contributed not just to the construction sector’s growth but also to that of the general economy. Its termination has certainly affected real estate as a considerable percentage of our investors utilised the programme. On the other hand, Cyprus continues to be a highly attractive investment destination. Τhe country maintains momentum and this is also reflected in the high demand of foreign investors.

Cyprus has long been incredibly attractive for people from all over the world, thanks to the many important elements it combines. Our competitiveness is what gives us the edge through times of crises. This is something we will always be able to sustain given our advantages and unique characteristics, so I don’t believe that any unfavourable reference could cause substantial damage to our image. The investor experience, of those who live and those who visit Cyprus, is what makes us stand out so I believe we can overcome any challenges we encounter along the way.

At the beginning of the year, a new incentive scheme was announced for those who are interested in moving to Cyprus, while at the same time new initiatives and relevant incentives announced to attract companies to move their headquarters to the country are imperative and highly anticipated. I believe such actions will make up for any damage caused by the abolition of the CIP, while also helping those who already wish to invest on the island.

What current opportunities and future potential do you see in the Cyprus construction and real estate sector?

Construction and real estate will continue to grow in Cyprus. Strong domestic demand, combined with the rising interest by foreigners seeking properties that will maintain their value in the future, will safeguard us going forwards. For this second category of buyers, luxury units of either high-rise or smaller buildings that are part of a development with additional facilities, will continue to play a dominant role in the market. There will also be increased demand for properties related to wellbeing in an ideal location, like assisted living facilities. Top-level amenities, along with the island’s environment, have rightfully made Cyprus one of the top choices of those seeking such services.

We have also noted a rising demand for modern office units that meet the needs of international workers who have been relocating to Cyprus in recent years. Demand for such developments will continue to gather momentum, bearing in mind the trend among international companies to create their headquarters or regional offices in Cyprus. In turn, the increase of the total number of professionals coming from other countries is leading to increased demand for modern and affordable residential units. This will have a knock-on effect on the industry as a whole.

I believe that, over the coming years, the need to cover the needs of people for quality housing along with the demand for modern professional spaces of high international standards will prevail as market trends and certainly as investment opportunities.