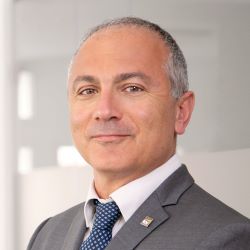 Cyprus has long been an attractive jurisdiction for international business and cross-border operations, what are the key comparative advantages the country offers to corporations worldwide?

Over the last two decades, Cyprus has been successful in attracting international business and foreign direct investments and this has contributed to the economic development of the country. The main elements of the country’s attractiveness and comparative advantages are the stable political and social environment, the quality of life, the stable and favourable tax regime and the highly skilled and educated labour force. Geographically, Cyprus’ strategic position, acting as junction between Europe and other continents, matched with its history as a major player in the shipping and trade sector, makes the island an attractive destination for business. Therefore, Cyprus is well-placed as an international business and financial centre and apart from its strategic geographical location, it offers an excellent commercial infrastructure, a business-friendly environment and a low rate of crime. It is also important to note that the Cyprus legal system is based on common law and its judiciary is independent and impartial.

Has the global Covid-19 pandemic had an impact on retaining existing international business and attracting new business to Cyprus, and has the country introduced any new incentives to maintain its competitive edge?

The Covid-19 pandemic adversely impacted the international business but only during the first six months. During these months, significant uncertainty existed in the marketplace which caused market participants postponing and holding back on their investment decisions. However, as of Q4 of 2020, there is a growing demand for professional services, and this is a positive side-effect of the pandemic. The enormous amounts of government spending to address the impact of the pandemic resulted to ample liquidity, which in its turn has triggered a continued surge of new opportunities, such as skyrocketing of IPOs and M&A activity.

There have long been discussions on an OECD level about global tax reform to combat tax base erosion, profit shifting and aggressive tax planning. With one of the most competitive corporate tax rates in Europe, could these reforms be a blow to Cyprus and other low-tax jurisdictions such as Ireland, the Netherlands, Luxembourg and Malta? Do you see these reforms as a challenge or an opportunity for Cyprus to diversify its economy?

One of the most important tax proposals is the adoption by the EU of the OECD Base Erosion and Profit Shifting (BEPS) 2.0 proposals Pillar One (Digital Tax levy) and Pillar Two (minimum effective taxation). Pillar Two is expected to impact countries which have relatively low corporate tax environment, such as Cyprus, since the work under Pillar Two project addresses the development of global minimum tax rules with the objective of ensuring that global business income is subject to at least an agreed minimum rate of tax. The work on Pillar Two will also have implications for existing and pending EU Directives and initiatives, including the Anti-tax Avoidance Directive (ATAD), the Interest and Royalties Directive (IRD) and the EU Code-of-Conduct listing process.

Our view is that the upcoming legislative changes at a European level stemming from the adoption of BEPS 2.0 recommendations (and even going beyond these) will impact the competitiveness of Cyprus in the short run. Nevertheless, this is the right time for Cyprus to reconsider its ‘offering’ and introduce a number of structural reforms in order to diversify its economic model. There is a lot happening in the EU which will impact the answers to the question of what a sustainable strategy is to attract investments (e.g. recovery package, conditionalisation of grants to the economic semester, create a stronger and even more harmonised internal market, including a strong capital markets union). It would be important to take account of these developments in the way Cyprus positions itself and builds its strategy. It is kind of a long-term value perspective and the question how Cyprus can take a forward-looking strategy since pressure on some aspects of the existing international tax framework will certainly narrow down the opportunities for tax planning.

Cyprus needs a robust, efficient and fair business tax framework that supports the post-Covid-19 recovery and is fully aligned with the expected legislative changes (e.g. BEPS 2.0). In other words, this is the time to launch the process for a tax reform.

OECD plans and US President Biden’s recent push to introduce a global minimum corporate tax rate has been received with mixed feelings. Should these plans succeed, will Cyprus see its corporate tax rate of 12.5% increase, and if so, what impact will this have on the attractiveness of the jurisdiction?

The new US Administration would like to increase the US corporate tax rate, which is currently set at 21%. Although the latest report confirms the Administration’s plan to raise the corporate tax rate to 28%, President Biden recently was quoted as saying he is willing to negotiate a lower corporate rate of 25%. Moreover, the new US Treasury Secretary, Janet Yellen, called for a global minimum tax. A global minimum tax is the basis of OECD BEPS 2.0 Pillar Two proposal and has gotten a significant push by the Biden Administration and figures prominently in the Made in America Tax Plan. The Treasury Secretary has said that a global minimum tax is necessary to forestall a continuing “race to the bottom” which has resulted in countries unable to raise revenue to pay for necessary public services.

The US tax reform is likely to impact the EU and OECD tax policy decision making which may also impact the tax policy and tax legislation of EU member states, including Cyprus. As noted above, the Cyprus government should consider undertaking a tax reform to address the international and EU tax law changes. The possibility of increasing the corporate tax rate cannot be excluded.

What are your views on the current international debate on introducing a digital tax to solve the problems of taxing the digital economy?

The OECD in the context of Action 1 of the Base Erosion and Profit Shifting (BEPS) project recognised that “the digital economy is increasingly becoming the economy itself.” The digitalisation of the economy is creating disruptions and opportunities in many areas. One of these areas relates to tax.

The international tax rules were originally conceived in the early 20th century, when trade was becoming increasingly global, while profit generating activities were still ‘bricks and mortar’. Political leaders supporting digital tax solutions indicate that, in the current environment, businesses can have significant economic engagements with consumers and users in a jurisdiction, without having any physical presence in such market jurisdiction. As taxation rights in the existing bilateral tax treaties are linked to having a physical presence in a jurisdiction, this prevents market jurisdictions from implementing domestic rules to tax profits from these remote activities. This has led to a strong push from the public and politicians around the world to either introduce a form of taxation for these activities that is not restricted by bilateral tax treaties (such as Digital Services Taxes or DSTs) or to create the potential for taxing the profits from such activities by changing existing bilateral tax treaties. Internationally it is widely recognised that the second option, which would be based on a global consensus on a new division of taxing rights, would be preferable over a proliferation of unilateral DSTs.

EY agrees it would be beneficial to have a globally coordinated solution on adopting digital tax. There is wide recognition that only a global solution provides tax certainty and reduces the potential for multiple taxation.

Some industry players say a harmonised corporate tax worldwide could help stabilise the international tax framework, in this case do you envision companies and multinationals staying put in the jurisdictions of their choice due to the level playing field, or is it more likely there will be a migration of business to other jurisdictions to capitalise on non-tax related incentives and advantages? In this scenario how can Cyprus maintain its appeal?

On 18 May 2021, the European Commission issued a communication on “Business Taxation for the 21st Century”. The announcements made therein are expected to translate into actual legislative proposals in the next three years. If implemented, they would represent a systemic change to corporate taxation in the EU which could adversely affect countries with a relatively low-tax environment such as Cyprus.

One of the most important areas of reform is the adoption of a new framework for business taxation in the EU, the “Business in Europe: Framework for Income Taxation” (referred to as BEFIT), which will provide a single corporate tax rulebook for the EU, based on a common tax base and formulary apportionment of profits to Member States. This new proposal will replace the pending proposal of a Common Consolidated Corporate Tax Base (CCCTB), which will be withdrawn.

If the BEFIT proposal is adopted, the profits of the EU constituent entities of MNE groups would be consolidated in a single tax base determined according to a single corporate tax rulebook. Such tax base would be allocated to Member States using a formulary apportionment. Member States would retain the prerogative of setting the tax rates. Possibly the group could file a single EU corporate tax return. The BEFIT proposal is expected in 2023.

The BEFIT proposal would significantly reduce the possibility for smaller EU countries (such as Cyprus) to increase their competitiveness through tax incentive measures. As noted above, Cyprus should embark on a journey to reform its tax system so that it is aligned with the new norms.

How do you see these big reforms, coupled with the rapid need to implement technological advances, changing the tax and legal services profession in the future?

The constantly changing tax environment has created new realities in the marketplace. The typology of tax and legal services offered to clients has become broader over the years. Moreover, the complexity of the services has increased due to the large number of tax law changes and new reporting requirements (e.g. creation of UBO register, tax reporting frameworks such as DAC6 and DAC7). The business environment is also creating the need for sophisticated tax solutions, including tax technology enablers. We are quite proud to say that EY Cyprus has been at the forefront of these developments and has managed to diversify its service offering to be aligned with the current and future needs of our clients.

Whilst DAC6 is intended to strengthen transparency in the area of direct taxation with a view of combating the effects of aggressive tax planning, simultaneously, it will significantly increase compliance and reporting obligations. Although practising lawyers are excluded from the obligation to file information to the Cyprus tax authorities, where such information falls within the scope of “legal professional privilege” (LPP), they are required to notify other intermediaries involved in any reportable cross-border arrangements (RCBA) or the relevant taxpayer of their reporting obligation. Therefore, it is important for lawyers to properly assess the obligations arising from the delivery of their services as to discharge their assessment, and where relevant, reporting and notification obligations. Similarly, Cyprus is introducing a UBO registry to further enhance transparency in line with EU legislation. Moreover, the EY Law Global Survey which was recently conducted in collaboration with the Harvard Law School Centre on the Legal Profession indicated that workload is expected to increase for general counsels whilst budgets will be either reduced or not proportionately grow. This will require a new method of delivery of legal services focusing on automation, technology and different resourcing methods. Finally, digital transformation is creating legal opportunities in the fields of blockchain and digital law which will require a modern and holistic approach.