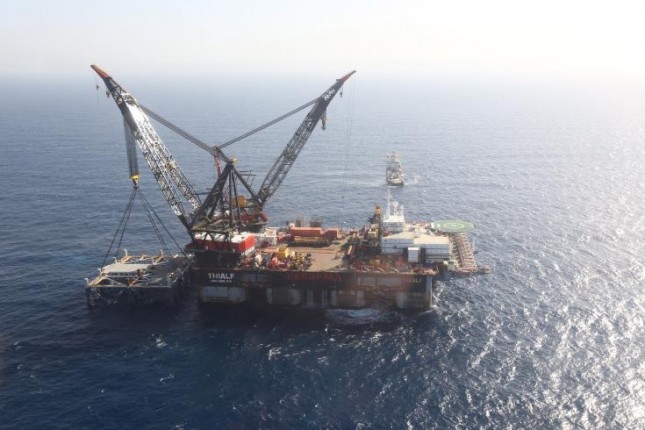 Oil & gas companies Chevron and Noble Energy have confirmed their interest in the Eastern Mediterranean and that their strategic plan has not changed as regards the exploitation of various licences they hold in the region, Cyprus’ Energy, Trade and Industry Minister Natasa Pilides has told CNA.

She was replying to a question about the contact she has had with the two companies since it was announced that Chevron would acquire Noble Energy.  Noble Energy together with Shell and Delek holds a licence for block 12 of Cyprus’ EEZ where Cyprus Republic’s first natural gas reserve was discovered.

Pilides told CNA that she has been in touch with the companies and has been reassured that their cooperation with the Republic of Cyprus will continue, during the entire transition period until the acquisition transaction is completed.

“They have assured us that Noble will continue fulfilling its obligations and working with us, during the entire transition period until the acquisition is completed and that they will make sure that a smooth transition of the company will take place, which will allow us to continue cooperating without any interruption,” she noted.

Referring to legal issues which may come up in relation to this change in ownership, Pilides said that the Ministry is already looking into the matter and will expect further information from the companies in order to proceed with the necessary actions, adding however that they are considered to be procedural, standard procedures.

Both companies assured the Cypriot Energy Minister that they are very much interested in the Eastern Mediterranean area and that their strategic plan on the exploitation of various licences they hold in the region in general and not just as regards block 12 of Cyprus’ EEZ, has not changed.

Pilides continued noting that the government will follow developments in the near future.

Asked whether this development is likely to fast-track or delay the Aphrodite gas reserve’s exploitation, she replied that it is too soon to say.

“It depends on Chevron’s intentions but also from the discussions which will take place with their partners in block 12, Shell and Delek,” she noted, adding that “certainly, from our point of view we would like to avoid any delay and this will be what the Energy Ministry and the government will seek to achieve.”

She explained that delays have already been caused by the situation with the COVID-19 pandemic, expressing the hope that everything will go smoothly during the remaining 2020 and 2021 and companies will go ahead with their next steps.

COVID-19 related developments and international oil prices will be the main factors to affect projects in the region by companies who are licensed in Cyprus’ Exclusive Economic Zone, she estimated.

Asked about recent developments with Turkish provocations in the Aegean, she said that this is not something the companies have raised and at least for the time being it does not seem to affecting their plans.

She reiterated that factors which will affect companies plans more will be the economic situation, and market prices and whether they will improve enough in order for projects in the region to be profitable.