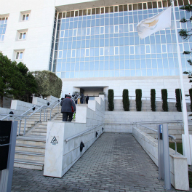 The Cabinet has announced the institution of steering and implementation committees to undertake adopting the conclusions of a report by an independent commission on the future of the Cyprus banking industry.

The commission, ICFCBS, was set up by the Central Bank of Cyprus (CBC) in 2012 to investigate the root causes of the ongoing banking crisis, and recommend options for the future. Its final report was issued in October 2013 and its recommendations included labour-market reform, the consolidation of supervisory bodies, and the EU-backed lifting of all capital controls with government guarantees issued on all bank deposits. Acting on the report’s findings, a steering committee has been created to evaluate the commission’s recommendations, set execution time-frames and monitor progress. All committee decisions will be forwarded to the President to ensure that where legislation or cabinet decision is required, appropriate procedures will be followed.

The steering committee will comprise the finance minister and the governor of the CBC – serving as committee co-chairs – as well as a member of the banks’ union, an ICFCBS member, a representative from the National Council for the Economy, and the chairman of the House finance committee. An implementation committee was also created, mandated with recording the ICFCBS report’s recommendations, drafting action plans to execute the steering committee’s decisions, working closely with government departments and financial stakeholders to prepare studies, evaluate proposals and suggestions, and monitor the execution of the steering committee’s decisions. The implementation committee will consist of a senior official from the finance ministry, an executive member from the board of directors of the CBC, a representative from the banks’ union, and a parliament official.

Commenting on the issue, deputy government spokesman Victoras Papadopoulos said that the decision to act on the ICFCBS report’s recommendations was “a positive step towards addressing the weaknesses of the banking system. If we get past this crisis without creating the new structures and attitudes that are required for our economy to be built on strong foundations over the next decades, we will have achieved nothing. This is a step towards ensuring that the banking sector will henceforth not be at the mercy of two or three bankers, but a comprehensive policy plan between the government, the CBC and commercial banks,” he said.