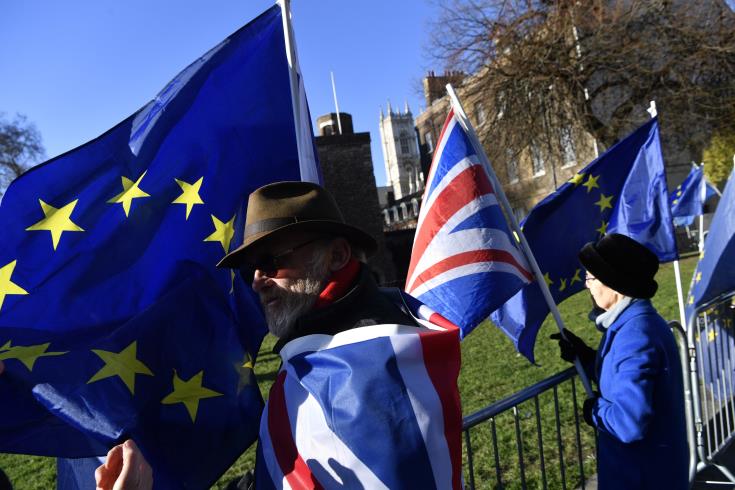 Constant flow of Britons registering in Cyprus due to Brexit

Britons living in Cyprus continue to register at the Civil Registry and Migration Department, due to Brexit, as the Interior Ministry tries to find ways to facilitate the process for around 5,000 expats with disabilities.

At the same time, things are not clear about the way Brexit will affect the next local elections in Cyprus, as many Britons are registered in the electoral roll.

Ministry of Interior Spokesman, Loizos Michael, told CNA that they are looking at the moment for ways to address the requests of the British side, in relation to almost 60,000 citizens living permanently in Cyprus, in tandem with British government efforts concerning Cypriot nationals living in the UK.

There is a constant flow of Britons registering with the Civil Registry, Michael said, adding that the process is ongoing and there are no figures for the moment.

A significant number of the 60,000 British expats living in Cyprus, face various disabilities, estimated at 5,000, restricting their movement.

The spokesman said the Ministry of Interior is looking at ways to facilitate their registration.

Interior Minister Nicos Nouris, who visited London recently, said Cyprus fervently supports a comprehensive agreement between EU and the UK, to address the issues put forward by the British side.

He also said that in case this is not possible, we are ready to conclude a bilateral agreement, to cover a wide range of issues.

Asked about the next local elections in Cyprus and how Brexit will affect electoral rolls, containing many British nationals residing in Cyprus, Michael said that “there is no decision on that, nor is it clear where things are heading at.”

Ηe reiterated Cyprus’ willingness to find the necessary mechanisms to address these issues.

There is an awareness-raising campaign by the Ministry, to encourage Britons in Cyprus and Cypriots in the UK to register for the EU settlement scheme.