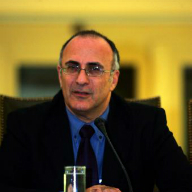 The advantages Cyprus has to offer as an investment and business destination were presented recently by General Manager of the Cyprus Stock Exchange, during a conference on natural gas, in Tel Aviv.

The conference was entitled “Eastern Mediterranean Gas Conference”, which took place 11-12March in Tel Aviv. In statements to CNA, CSE General Manager Nondas Metaxas said that the conference was hosted by the US Noble Energy oil and gas company, which is engaged in natural gas exploration and exploitation in Cyprus’ Exclusive Economic Zone and was organised by the Gulf Publishing Company. The conference was attended by government officials from Israel and Cyprus, industrialist unions, as well as representatives of companies such as Noble Energy, Anver Oil Exploration, Delek Drilling, World Oil, Sea NG Corporation, Oil & Gas Exploration, Modiin Energy.

During his intervention at the conference, Metaxas referred to the importance of regional cooperation through the financial markets and especially he noted the opportunities provided through the markets for capital raising and new investments. He also referred to the various products, markets and services of the Cyprus Stock Exchange.

Metaxas told CNA that that the Cyprus Stock Exchange maintains a close cooperation with the Stock Exchange of Tel-Aviv (TASE Stock Exchange), which is under constant development to better serve investors, given the new developments in the energy sector and the enhancement of relations between the two countries in the recent years. On the sidelines of the conference, Metaxas held a meeting with new CEO of TASE, Yossi Beinart, and other TASE officials, as well as representatives from a number of companies that participated in the conference.

Preliminary results of a Noble Energy appraisal well for natural gas in Block 12 of Cyprus’ Exclusive Economic Zone estimate the hydrocarbon reserves between 3.6tcf and 6tcf with a gross mean resource of 5tcf. Noble Energy operates Block 12 with a 70% working interest. Delek Drilling Limited Partnership and Avner Oil Exploration Limited Partnership each own 15%. Last June the Cyprus government, Delek and Avner signed a Memorandum of Understanding (MoU) on the construction of a Liquefied Natural Gas (LNG) terminal in the Cyprus. The ENI - KOGAS consortium, which has signed a contract for hydrocarbons exploration in blocks 2, 3 and 9 within Cyprus’ EEZ, is planning to drill in the third quarter of 2014, while Total, which has signed a contract for blocks 10 and 11, is also proceeding with drilling in 2015.