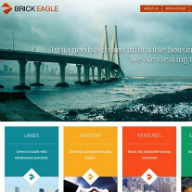 Cyprus-based Jarvinia to develop a budget housing project in Chennai

Last year, Sheltrex had launched the project at Maraimalai Nagar, which has now moved to the new location after a dispute emerged between landowners.

Under a joint development agreement, Jarvinia controls around 170 acres of development rights in Oragadam and has appointed Brick Eagle to manage the promotion of integrated affordable housing township, said Rashmi Parekh, Director, Jarvinia.

The township will have one and two bedroom apartments. “The first phase of about 25 acres will be launched under the brand of Sheltrex. The existing customers of Sheltrex will get to shift to the new site with 20% discount than the market price. The project will be delivered as per our earlier commitment, by the year 2015,” said Rajesh Krishnan, Managing Director, Sheltrex and Brick Eagle’s Managing Director.