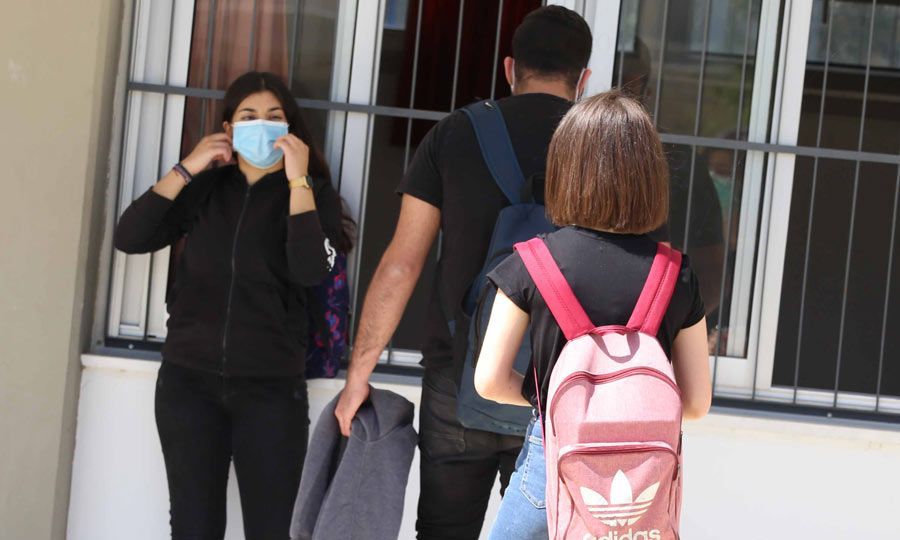 More students were going back to school on Monday as Cyprus entered the second phase of a gradual relaxation of pandemic measures, with officials closely monitoring the situation to avoid a major setback.

Following last week’s Cabinet decision, classes for high school underclassmen in public and private institutions were open on Monday to students who would agree with parental consent to undergo rapid tests once a week.  The first and second year students were joining seniors who started going to school during an earlier phase.

Officials on Monday morning clarified that rapid tests were not mandatory for students whose parents did not wish their children to undergo testing, adding those students would be required to stay home and keep up with class activities remotely from home.

A number of schools remained closed due to Covid-19 cases including some classes in other schools where officials determined there was a high infection rate following rapid test results.

A number of measures were being relaxed on March 1 during a second phase of the government’s plan to gradually reactivate the economy.

In addition to the re-opening of high schools and vocational institutes, the measures included the resumption of tutorial services and afternoon classes, including art classes and galleries.

Gyms and dance schools were also allowed to open along with sports facilities for third division teams, while nature trails were once again accessible for exercise purposes only.

Visits at nursing homes are permitted during the second phase, while street vendors and open air flea markets with non-food items will also be allowed to operate.

Health experts said the relaxation of measures came as hospitalizations remained stable, while warning that the situation could change.

Government officials said they were monitoring the situation and reiterated that the measures were being taken step-by-step in order to avoid major setbacks.

Other measures, including a night curfew and sending text messages before going out, remained in effect.