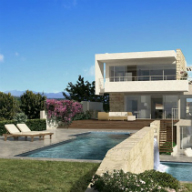 Cyprus moves up in most desired property chart

Cyprus moved up one place in the March 2014 Top of the Props chart published by the TheMoveChannel.com, which records the most searched for overseas destinations to buy property.

The top four real estate markets remain unchanged, with the USA in the number one spot accounting for 15.66% of all enquiries. France kept its second place with 8.40%, followed by Spain 6.04% and Portugal 4.22%. Italy moved up four places to number five, while Turkey moved up one place to number six. Brazil slipped twoplaces to number seven and Bahamas moved back into the top at number eight. Canada slipped three places to number five and Greece jumped six places to take the tenth spot.

The TheMoveChannel.com’s Accounts Director Naz Haghi commented: “Buyers are returning to the eurozone thanks to a combination of low prices and improving sentiment. Greece and Italy have both enjoyed a consistent increase in enquiries during the first three months of 2014, a sign that this is not a one-off spike in interest. Argentina surged back to 11th place in March, for example, driven by attractive new launches in the area.

Italy and Greece, though, have seen no new products or marketing activity in the last three months. Instead, we have noticed a significant growth in natural traffic for Italian and Greek property, as buyers both inside and outside of the EU search for the countries in Google, attracted by low prices and Greece’s Golden Visa.

“That improved sentiment have seen buyers toy with other old favourites, such as Bulgaria and Cyprus, but momentum remains with more traditional lifestyle destinations. With four out of the top five destinations on TheMoveChannel.com now made up of eurozone markets, confidence is certainly on the up.”