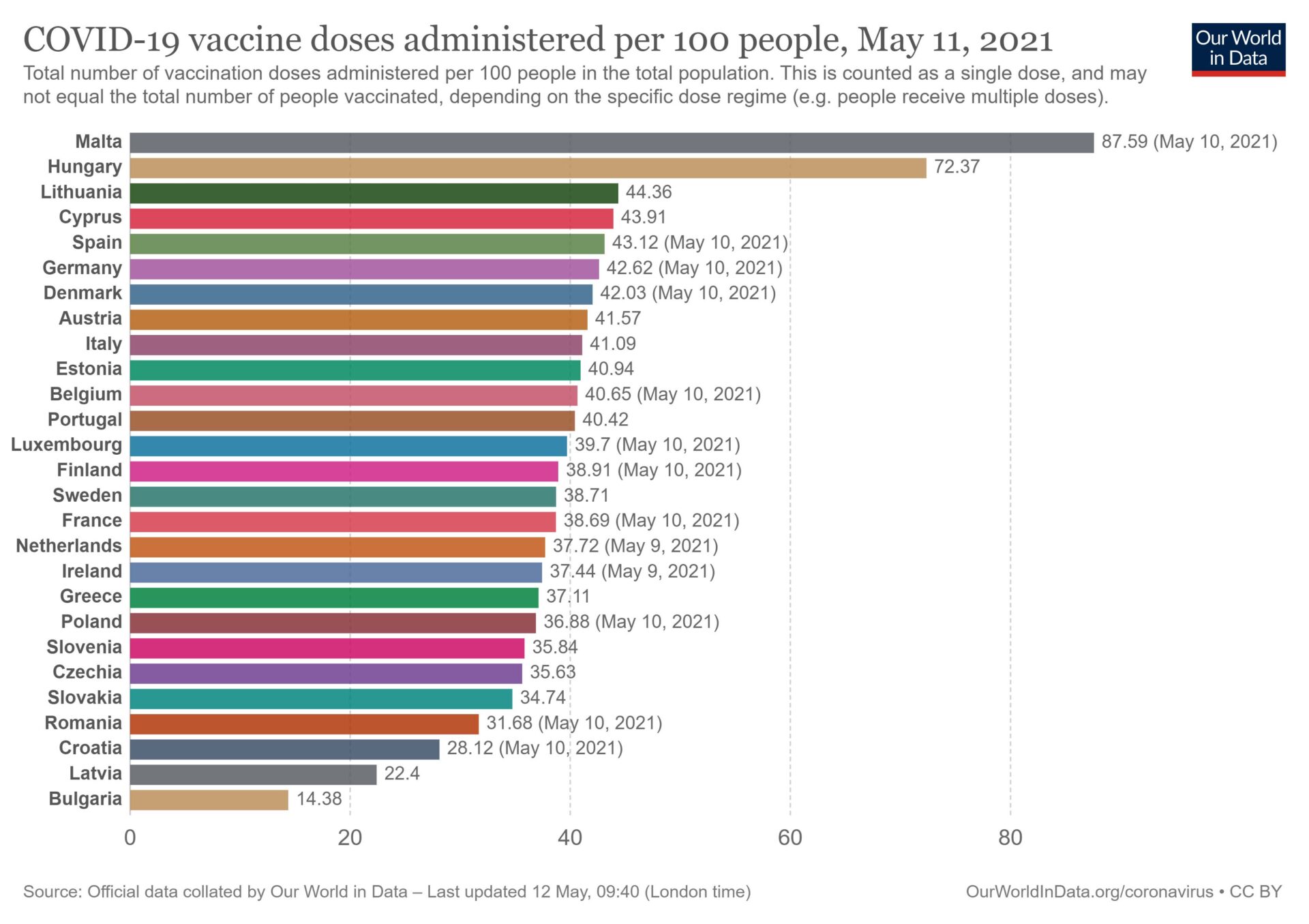 Cyprus has climbed to fourth place among EU states in terms of the number of vaccine doses per 100 people in the total population, the health ministry said on Wednesday as it announced that ages 22-24, 50-55 and 56-58 will be able to book appointments on Friday, Saturday and Sunday.

“Based on this, and with the total number of vaccines administered in Cyprus reaching 384,639, our country according to the website OurWorldInData, ranks fourth among EU member states as regards doses per 100 residents,” the ministry said.

The vaccination drive continues apace in line with the target of administering at least a first dose to 65% of the population that can be vaccinated within the first six months of 2021 and with the aim of giving all citizens aged 18 and over the chance to book an appointment within May, the ministry said.

Moreover, efforts are underway to give older age groups who have not yet booked an appointment another opportunity to do so.

The portal will be accessible only to the specific age groups allocated for each day and vaccinations will be administered at the vaccination centres operating in all the districts with available vaccines.

The programme for appointments will be announced in the next few days.

The ministry added that personal doctors are administering AstraZeneca vaccines to eligible beneficiaries aged over 30 who wish to be vaccinated. So far, 25,000 doses have been distributed to the doctors who have expressed an interest.