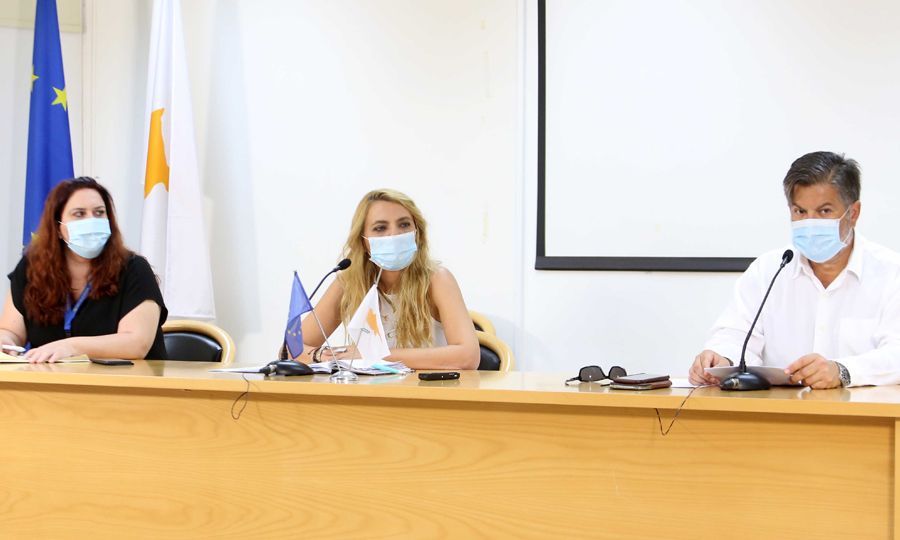 Cyprus’ current coronavirus reproduction number is between 1.6 and 2, experts in the government’s coronavirus taskforce said Thursday, noting that the goal is not a second lockdown, but that should our frame of mind should not be that of running a quick race, but a marathon.

Speaking at a press conference, members of the government’s team of coronavirus advisors Dr Zoi-Dorothea Pana and Professor Leontios Kostrikis said the renewed spread of the virus is occurring mostly among young, asymptomatic carriers, as the Cyprus health minister Constantinos Ioannou had warned on Wednesday.

The press conference followed a meeting the experts held earlier on Thursday with the health minister in order to assess whether stricter measures, such as those recently imposed in Limassol, are also required in other cities, as the renewed flare-up of the island’s pandemic appears to be picking up speed in other districts as well.

According to Kostrikis, the island’s reproduction number means any carrier can transmit the virus to roughly another two people. He added that currently, some 70% of recent new cases are locally-transmitted, with the rest being imported from visitors to the island.

Dr Pana said the recent focus on Limassol was not meant to stigmatize the city but to assist it in dealing with the multiple chains of infection that developed there.

She added that “complacency is our worst enemy,” stressing that “we must avoid gatherings as must as possible.”

Dr Pana announced that from now on, the expert advisory team will meet on a weekly basis, to evaluate the developing coronavirus situation and issue suggestions and guidelines.

No matter what measures are taken, the main thing is that each and every one of us abides by those in place, she said.

The experts announced that Cyprus won’t be seeing any new restriction measures imposed for the time being, as the additional round of 10,000 random tests that will cover all districts will create a better picture of what appears to be a resurgence of the virus, allowing decisions for additional measures to be taken at a later stage.

Kostrikis said the random sampling program of 10,000 tests is already underway, with the number of tests per district to be based on population numbers.

According to Kostrikis, the island’s recent coronavirus flare-up mostly involves asymptomatic carriers aged between 40 and 45.

He noted that due to the difficulties involved in managing carriers with such profiles, particular care is needed as it would be very easy for these groups to pass on the virus to older, more vulnerable groups, who will be symptomatic and increase hospital admissions.

Recognising that there is always room for improvement, Kostrikis said that progress has been made as regards safeguarding the island from imported cases.

He noted that so far, some 27 thousand passengers have been checked for the virus through the ongoing sampling program at the Larnaca and Paphos airports.

It is through this program that positive coronavirus cases were detected, even from category A countries, he said, adding that the number of tests are significantly high compared to other EU countries, while Cyprus has implemented a three-tier risk-based categorization system, unlike the two-tier systems of other countries.

It’s not a race, but a marathon

The expert highlighted that the public should embrace the philosophy of the pandemic as a marathon, and not as a simple race that we expect to complete in a short amount of time.

The finish line is the vaccine, Kostrikis said, but until we secure one we’ll be living a different kind of normal.