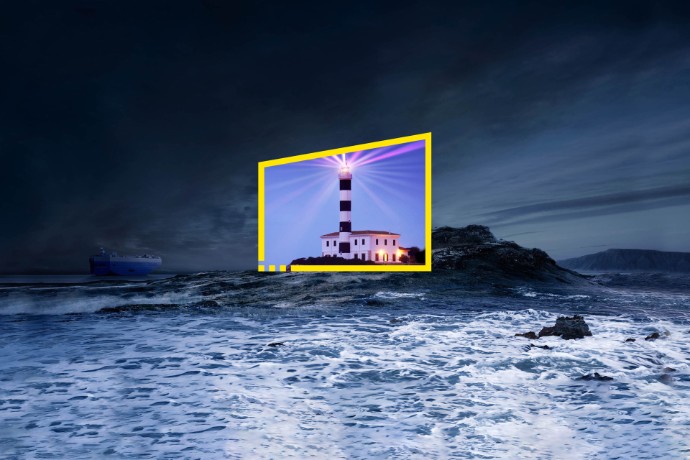 EY: The eight megatrends that will shape the world’s now, next and beyond

The spread of the pandemic, within a few weeks, put health systems to the test, highlighted the weaknesses of social protection networks, plunged the world economy into a deep recession and questioned social norms and attitudes. For businesses around the world, these developments are now overturning established assumptions, setting aside models and approaches that have been in place for decades. EY’s recent report, Megatrends 2020 and beyond, examines the new "megatrends", the forces that created them and their potential impact.

As the last issue of this annual report characteristically notes, economic growth usually follows an "s" curve, with periods of rapid growth followed by a period of relative stagnation, as the driving forces gradually exhaust their dynamics and influence. In recent decades, forces such as globalization and the adoption of digital technology have led to rapid growth, which began to decline when they were found to have unsustainable social and environmental impacts. The pandemic crisis, according to the report, will act as a catalyst, creating the conditions for the start of a new "s" curve, accelerating the mega-trends that were already underway.

As the report argues, in tomorrow’s environment, key social conventions will be revised, pointing to sustainability and inclusion, while businesses will need to adapt, with a greater emphasis on creating long-term value. At the same time, the role of technology will be strengthened, as factors such as Artificial Intelligence and the Internet of Things will radically reshape human activities, including consumer behavior, health care, and the nature of work.

The pandemic crisis has also confirmed a key finding in previous editions of EY’s Megatrends reports, which is that disruption and transformation are caused not only by technology and new business models, but also by factors such as an electoral contest, geopolitical realignments, climate change, or, in this case, a pandemic.

►    Primary forces: Primary forces are the root causes of disruption – technology, globalization, demographics and the environment. These forces aren’t new. They evolve in waves, and each new wave is disruptive in different ways. This Megatrends report highlights the powering human augmentation (technology), the day beyond globalization (globalization), the Gen Z rising (demographics) and exponential climate impacts (environment).

►    Megatrends: The interaction between the waves of primary forces creates new megatrends.

►    Future working worlds: In the longer term, the combined effect of megatrends reshapes the political and economic landscape, in four areas: the global order, societies and economies, firms and markets, and households and individuals.

►    Weak signals: Weak signals are waves of primary forces whose biggest impact is further in the future (e.g. quantum computing, passenger drones), with uncertain scale and nature of impact.

More specifically, Megatrends 2020 and beyond focuses on the following megatrends, which will shape now, next and beyond:

As the need to reduce but also to remove carbon dioxide emissions becomes a central priority, "electrification of everything" (transportation, heating, industrial operations, etc.) with clean energy, digitally-optimized efficiency and the adoption of decentralized energy generation, it creates new business opportunities.

Populism, trade disputes, company blacklists, the technology arms race and cyber-attacks have been creating a scenario of undeclared war, which poses significant risks for businesses.

Behavioral data of the consumers, as recorded on the Internet and mobile phones, today they can be quantified and analyzed, while companies and governments can shape behavior like never before.

The artificial production or disinformation of data and news by automated means, and in particular using Artificial Intelligence algorithms, for the purpose of deception, is increasing rapidly. To maintain public confidence and protect their image, businesses and governments must look for ways to verify the authenticity of news and data.

Social media and smartphones have affected the way we think. In the years to come, this will happen to an even greater degree with the use of human-augmentation technologies, such as AI, robotics and autonomous vehicles, creating significant challenges with regard to the way companies and governments interact with customers, employees and citizens.

The boundaries that define our lives are constantly shifting. Today, a future without weekends, with colleges replaced by lifelong learning, and with 30-year-old retirees and 70-year-old workers is now visible. But what impact will these developments have?

Harnessing the capabilities of microorganisms will help solve our biggest challenges across industries, such as medicine, nutrition and environment, by creating innovation opportunities.

The biggest innovations in the 21st century will be at the intersection of biology and technology. By reading and rewriting the code of life, DNA, we will redefine the way we deal with diseases, the way we produce and the way we feed ourselves.

Time for a future-back approach

For businesses, these mega-trends pose great challenges. The companies that will stand out in the future are those that will adopt a "future-back" approach: they will understand the mega-trends early on, determine their purpose accordingly, and implement their transformation in time, ignoring the assumptions and practices of the past, to make them more resilient in the future.

Commenting on this report, Stavros Pantzaris, Chairman of the Board of EY Cyprus, noted: “Megatrends that EY had identified in previous years have accelerated after the pandemic and they are now combining to reshape the political, social and economic landscape. The impact of these changes may be remote, uncertain and difficult to predict. Companies may therefore be tempted to ignore them and continue to approach the future by projecting past assumptions and practices. However, the companies that will thrive in the years to come are those that will adopt a future-back planning. They will use megatrends as a key analytical tool to envision where they will be in the future and then work backward to craft strategies for today.”