HLB Cyprus Limited, member of the world-wide network HLBI, is ranked among the largest accountancy firms in Cyprus. 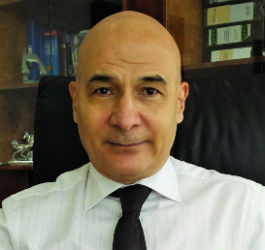 Member of the Board / Quality Control Partner

Polyvios earned a degree in Accountancy from the University of East Anglia, UK. He worked for 4 years with EY in London and another 3 years for their Cyprus office as an audit Manager. From 1993-1995 was appointed as a non-Executive Director of the CDB Bank and in 1995 he joined the Bank and worked as its Financial Accountant until 1997 when he left to set up HLB Cyprus. He is a member of the ICAEW, ICPAC, Institute of Internal Auditors in the UK and Cyprus. Polyvios served for 5 years as the Chairman and Vice Chairman of the Ethics & Institutions Committee of ICPAC and two years as the Vice Chairman of the International Operations and Foreign Investments committee. He is licensed with the Advanced Certification of the Cyprus Securities and Exchange Commission to provide investment services or to perform investment activities. Since 2002 he is an appointed member of the HLB International Assurance Committee. Polyvios is the Technical Director of the firm.

Member of the Board / Human Resource Partner

Stelios holds a BSc(Economics) degree from UCL in London. From 1986 to 1990 he trained with Deloitte in London for his ACA qualification. In the period from 1991 to 1994 he worked as an Audit Manager with KPMG in Cyprus, before joining as Group Financial Controller an international investment group with controlling holdings in listed as well as private companies in the oil and gas industry, telecommunications, data management and hospitals.

In 2002 he joined HLB Afxentiou Ltd as a partner. Currently acts as the engagement leader for various audit and assurance engagements as well as advisory projects including business plans, financial due diligence for public listings and acquisitions, valuations, mergers, corporate restructuring and reengineering. In the past he acted as financial advisor for listings in the London AIM and other stock markets. Audit clients include financial services companies, banking, shipping groups based in Cyprus and abroad as well as various groups in the metals, education, real estate, internet and oil & gas industries.

Member of the Board / Tax Partner

Marios received his BA honours degree in Accountancy from Thames Valley University, London, in 1989 after which he trained in London for three years with Blick Rothenberg Chartered Accountants, where he was assigned to the audit, accounting and tax departments. He has valuable experience in local and international taxation, VAT, and tax planning. Marios is member of the Institute of Chartered Accountants in England and Wales, a member of the Institute of Certified Public Accountants in Cyprus, and a member of the Society of Trust and Estate Practitioners of the UK. He also holds an MBA degree from Imperial College London.

Marios is the Tax Partner of the Firm and deals extensively with international tax planning and indirect taxation. He is also responsible for the training of ACA/ACCA students of the Firm.