The Leptos Group, is the largest and most successful private group in Cyprus and Greece. It was founded by Michael G. Leptos, a leading figure and an innovator in his field, in 1960 in Kyrenia, thereafter relocating its headquarters to Paphos in the late 1970s.

The Leptos Group is the Leading Group in Land and Building Development in Cyprus and the Greek Islands. Over the years it has successfully completed more than 350 unique projects with sophistication, quality and excellence in design. Outstanding examples of work is Limassol Del Mar, Limassol Blu Marine and Kamares village – a project of more than 1500 villas, awarded from FIABCI the International Federation of Real Estate Agents as one of the top five in the world of its kind.  Leptos Calypso Hotels and Resorts, a member of the Group, owns and operates Hotels and Resorts with over 3,600 beds both in Cyprus and Greece. The Group, following an innovative path is also involved in the Education and Healthcare sectors with its own University, the Neapolis University Pafos, the first and only one in the region and Iasis Hospital which is considered to be amongst the best equipped and staffed hospitals in Cyprus.

The Leptos Group with over 60 years of success story. Enjoys an international network of private offices in the top global business capitals and locations, along with business associates in more than 75 countries around the world. It also has an extensive land bank in prime locations, especially on the beach front for luxury Beach front villas, both in Cyprus and Greece for the development of prestigious residential and holiday developments, luxury hotels and resorts as well as for the creation of mega-projects Neapolis Smart Eco City, which is considered to be the most ambitious construction challenge that has been taken on in the Mediterranean.

Mr. Pantelis Leptos is the Co-President of the Leptos Group. In 2011, Mr. Leptos held the position as Chairman of the Board for ‘The Cyprus Land and Building Developers Association’ and was re-elected in 2015 for second term.

In 2018, Mr. Pantelis Leptos was appointed by His Excellency, the President of the Republic of Cyprus, Mr. Nicos Anastasiades, as Member of the Board of Directors of CIPA, the national investment promotion agency of Cyprus with the mandate to enhance the nation's investment appeal abroad. CIPA is a member of the World Association of Investment Promotion Agencies (WAIPA) and the Mediterranean Investment Network, ANIMA.

Mr. Leptos holds a BSC in Civil Engineering and a Master’s Degree in Science, International Finance, Trade and Shipping.

Our Limassol Del Mar Project is being handed over and nearly fully sold out!

We are delighted to announce that Resitour! Holiday Residences, a member of the Leptos Group, has received three international Traveller Review Awards for 2022 by Booking.com – the world’s leading digital travel company.

Limassol is shaping up to become Europe’s new Riviera

Despite the global pandemic property construction in Limassol has remained strong along the west side of the city that is now being dubbed Europe’s new Riviera by developers, Leptos Estates.

For the past 60 years, Leptos Estates is undoubtedly the most well-known Property Developer in Cyprus. The completion of Limassol Del Mar, a truly one-of-a-kind development, is upon us!

Concreting of the raft foundation of Tower 1 of Blu Marine started on Friday 3rd December at 14:00 and ended on Saturday 4th December at 18:00. 28 hours of nonstop casting, 3 batching plants of concrete supply, 5 concrete pumps, 40 concrete mixer trucks with 300 Cube tests and 120 slump tests with a total of 3800 m3 concrete and 1,100 tons of reinforcement were used in the entire procedure. Along with 140-men construction crew working day and night on “Europe’s New Riviera.”

Sustainable Architecture, seeks to minimize the negative environmental impact of buildings, by efficiency and moderation in the use of materials, energy, development space and the ecosystem at large.

Leptos Estates adds another three significant awards to its collection

Leptos Estates are delighted to announce that we have garnered another three significant awards in the “European Property Awards” for 2021.

Armonia Estates Ltd. of the Leptos Group receives first Environmental Award for the Second Year in a Row

We are pleased to announce that Armonia Estates Ltd, a member of the Leptos Group of Companies, has been awarded for the second year the first place among the ten best contractors by the Cyprus Recycling Organisation (OAK) in recognition for the company’s efforts to contributing significantly to the environment, the construction sector, the local economy and in general, to a better society of tomorrow.  The company received the “Class A” Gold Environmental Award for using its resources in sustainable and ecological ways.

The Leptos Group received first prize in the category “Best Land Development / Construction” at the 13th annual IN Business Awards ceremony, which took place at the Hilton Park Hotel in Nicosia on Wednesday 30 June. The glittering event, which was attended by the President of the Republic of Cyprus, Mr. Nicos Anastasiades, ministers and prominent personalities, is considered the most prestigious awards ceremony in Cyprus. The IN-Business Awards recognise excellence in companies and entrepreneurs across a broad spectrum of local businesses and practices.

Michael Leptos, Founder and Executive Chairman of the Leptos Group of Companies, was posthumously honoured with the Lifetime Achievement Award at the Cyprus Architecture, Property and Interior Design Awards held in Nicosia on 17 March 2021.

Michael Leptos : The Pioneering Developer who changed the face of Pafos

In January this year, we were all saddened by the news that our Founder and Executive Chairman of the Leptos Group of Companies, Michael Leptos, had passed away.

LEPTOS ESTATES has received the Cyprus Export Services Award from the President of the Republic of Cyprus, Mr. Nicos Anastasiades, at a special event held in Nicosia on Thursday, 12 November 2020.  The company was recognised for its outstanding performance and efforts towards the opening of new markets and for its contribution to the Cypriot economy.  This is the third time Leptos Estates has received the award. The company was previously awarded in 2012 and 2016 respectively.

Located on the coastline and in the pristine, sought-after area of Coral Bay, Paphos, Leptos Estates’ five-star, and award-winning Coral Seas Villas is a show-stopping development featuring high-end facilities with awe-inspiring views of the Mediterranean.

Limassol Del Mar’s new luxury shopping destination, Le Plaza Del Mar, announce First Boutique to be the first to join with fashion designers such as Balenciaga, Christian Dior, Lanvin and more for a world-class shopping and lifestyle experience at the elegant Mediterranean location.

Armonia Estates Ltd, a member of the Leptos Group of Companies, was awarded first place among the ten best contractors by the Cyprus Recycling Organisation (OAK) in recognition for the company’s efforts to improving the quality of the human and natural environment.  The company received the “Class A” Gold Environmental Award for using its resources in sustainable and ecological ways.

Coral Beach Hotel & Resort excitedly opened its doors on Friday, July 17th and are happy to share details with our prospective guests and wider community of the pristine preparation that has been undertaken in response to the coronavirus pandemic.

Leptos Estates, the leading property developer of Cyprus and Greece, announces the release of its new video for Limassol Blu Marine – a luxury, high-rise seafront development currently under construction in Downtown Limassol.

The Leptos Group is delighted to be one of the main sponsors of the annual Limassol Carnival, recognising the importance of large social and cultural events that take place in Cyprus’ most vibrant city.

The dynamic revitalization of the sector is also confirmed by the data provided by the statistical service for the whole 2019 regarding property sales, building permits and the index of production in construction which provide a significant indication of future activity of the sector.

The Leptos Group, which is at the forefront of Real Estate since 1960, proudly celebrates 25 continuous years of publication of its Property Gazette (in English and Russian) with 60,000 copies published per year and more than 1.5 million to date.  At the same time, the issue of the Chinese Property Gazette continues its successful publication for the last 3 years.

The history of the Leptos Group makes for a remarkable success story; 60 years of success portraying a thriving era, not only for the Group itself but particularly for the towns and the regions which we have developed, areas which have since flourished and prospered.

Limassol Blu Marine – In the heart of Europe’s New Riviera

The official first presentation of the innovative and leading-edge waterfront project by the Leptos Group, Limassol Blu Marine, took place yesterday in the presence of more than 350 guests, from the professional and business sectors.

An Inspired Collaboration of Design & Architecture

Perfectly located at the water’s edge in an exclusive seafront stretch in the tranquil village resort of Kissonerga, Armonia Beach Villas is the latest property development from Leptos Estates.

Paphos with its mild climate, natural beauty, historic sites and rich heritage is a cosmopolitan resort that has something for everyone at any time of the year. The relaxed tempo of life offers visitors and residents tranquility and peace, few places in the world can offer. 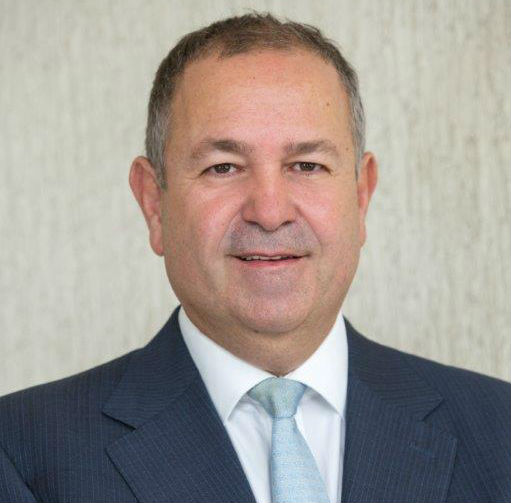 Limassol Park is surrounded by acres of green fields, offering residents the best of both worlds - a countryside location with direct access to all of Limassol’s amenities. &nbsp;Over 75% of ...

Venus Gardens is a unique residential resort located just a short walk from the Paphos coastline and the blue waters of the Mediterranean Sea. These hilltop homes in Chloraka&nbsp;have a rel ...

Europe’s New Riviera Blu Marine is a first class freehold investment opportunity with an upside outlook. 330 meters from the Limassol Marina, in the heart of everything in Limassol’s d ...

Adonis Beach Village is Leptos Estates latest most luxurious development, set in one of the most desirable locations in Paphos based on the success of the nearby Leptos Apollo Beach Villas l ...

Coral Seas Villas are located on the coastline in a generally pristine area within walking distance to the Coral Beach Hotel. Just a 15-minute drive to the metropolitan Paphos area to the so ...

Leptos Estates has created one of the most exclusive developments in Cyprus located among the most distinctive in the Eastern Mediterranean, Leptos Kamares Village. This project is character ...

Our Limassol Del Mar Project is being handed over and nearly fully sold out!